Kennedy Space Center Visitor Complex offers the closest public viewing of launches with the purchase of a launch transportation/viewing ticket. Availability of viewing opportunities and locations is dependent upon the scheduled launch time and is subject to U.S. Air Force approval.

Can't join us for launch viewing? NASA, in coordination with United Launch Alliance (ULA) and Orbital ATK, will broadcast the world’s first 360-degree video live stream of a rocket launch. The live 360 video stream of may be viewed on the NASA Television YouTube channel starting 10 minutes prior to lift off. Watch online and via YouTube app. The video may be viewed with a virtual reality headset for a full 360 degree experience! Learn More

Launch date, time, and viewing opportunities are subject to change. Launches can be affected by technical and mechanical issues as well as range operations and weather, either in advance or at the last minute. Learn more about our Launch Scrub Policy.

The Atlas V rocket was introduced by United Launch Alliance (ULA) in August 2002. The Atlas V was developed to provide launch services to the U.S. government and is a part of the Atlas program which in total has logged more than 600 launches to date. Since their debut, Atlas V vehicles have achieved 100 percent mission success in launches from Space Launch Complex-41 at Cape Canaveral Air Force Station, Florida, and Space Launch Complex-3E at Vandenberg Air Force Base, California. The rocket uses a standard common core booster™ (CCB), up to five strap-on solid rocket boosters (SRB), an upper-stage Centaur in either the Single-Engine Centaur (SEC) or the Dual-Engine Centaur (DEC) configuration, and one of several payload fairings (PLF). The OA-7 mission rocket will fly in 401 vehicle configuration with a four-meter fairing, no solid rocket boosters and a single-engine Centaur upper stage. 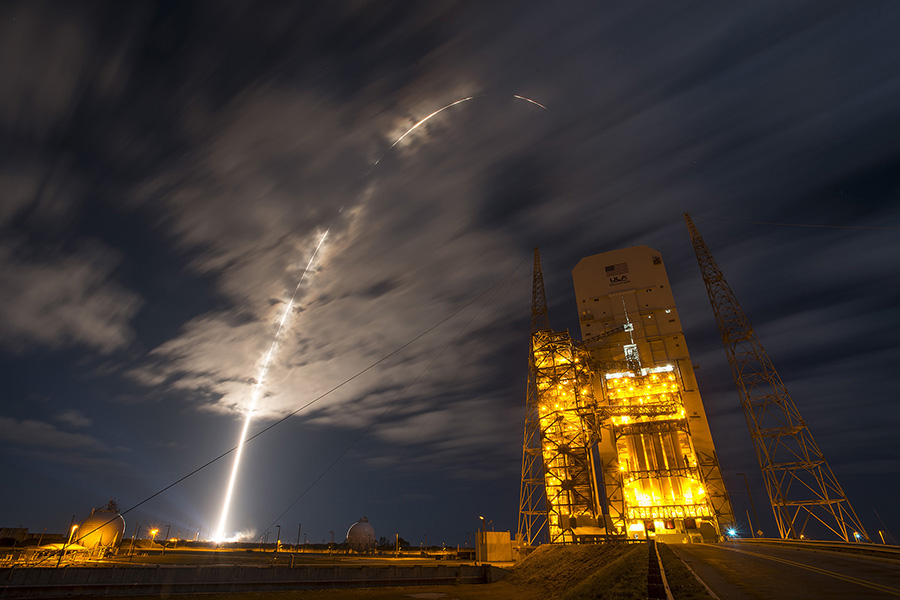