Payload specialist Roger Crouch, Ph.D., dreamed of one day becoming a pilot like his hero Chuck Yeager, a retired U.S.A.F general, but his color blindness hindered his chances. However, Crouch applied himself, focusing on his education, and successfully earned a Master of Science and a doctorate of Philosophy in Physics from Virginia Polytechnic Institute.

Throughout his schooling, he never gave up on his dream of flight, and with the introduction of the payload specialist position in the shuttle program, he had a new way in. A payload specialist is an expert who trains to conduct experiments for a single space flight, and this position was a perfect fit for him. Crouch was already working with NASA as a scientist, and his experiments had flown on previous space shuttle missions. He was qualified and had the desire to launch on a rocket to space. Crouch flew as a payload specialist aboard STS-83 Columbia April 4, 1997, and only three months later launched on STS-94 Columbia, logging more than 471 hours in space. His research-based missions ranged from techniques and types of semiconductor crystal growth to electric and optical material properties. His work lead to the publication of more than 40 technical papers and 50 technical conference reports.

In addition to flying in space, Crouch was lead scientist of the Microgravity Space and Applications Division from 1985 to 1996; conducted crew training, flight and post-flight activities from 1996 until 1998; senior scientist for the Office of Life and Microgravity Sciences at NASA-HQ from 1998 to 2000; and was senior scientist for the International Space Station from 2000 until 2004. He served as program scientist on five different Spacelab flights and continued exploring and pioneering several space research related projects.

Now retired, Roger Crouch continues to teach and inspire the next generation, sharing his story of how he never gave up on his dream of space flight and how hard work and perseverance does pay off. 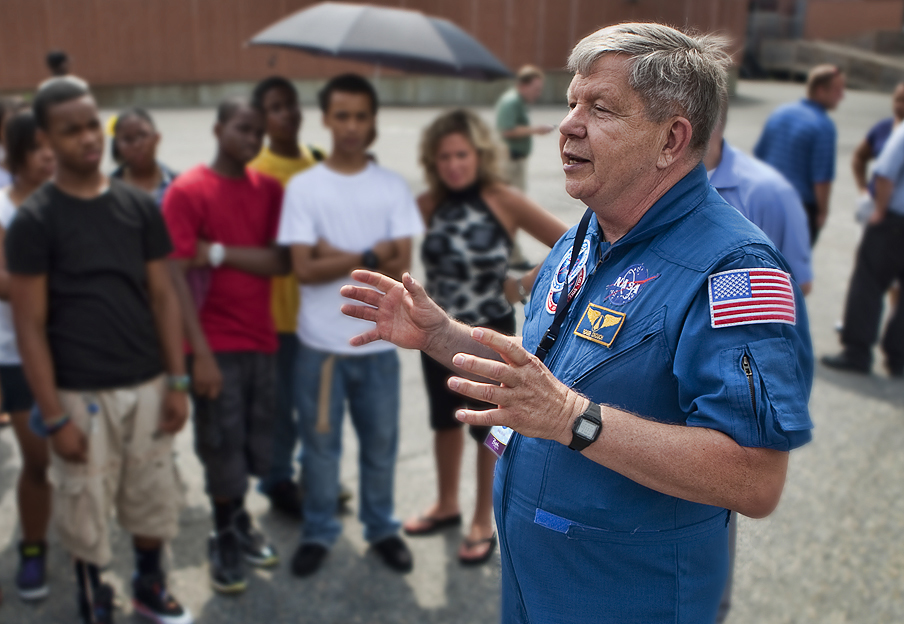