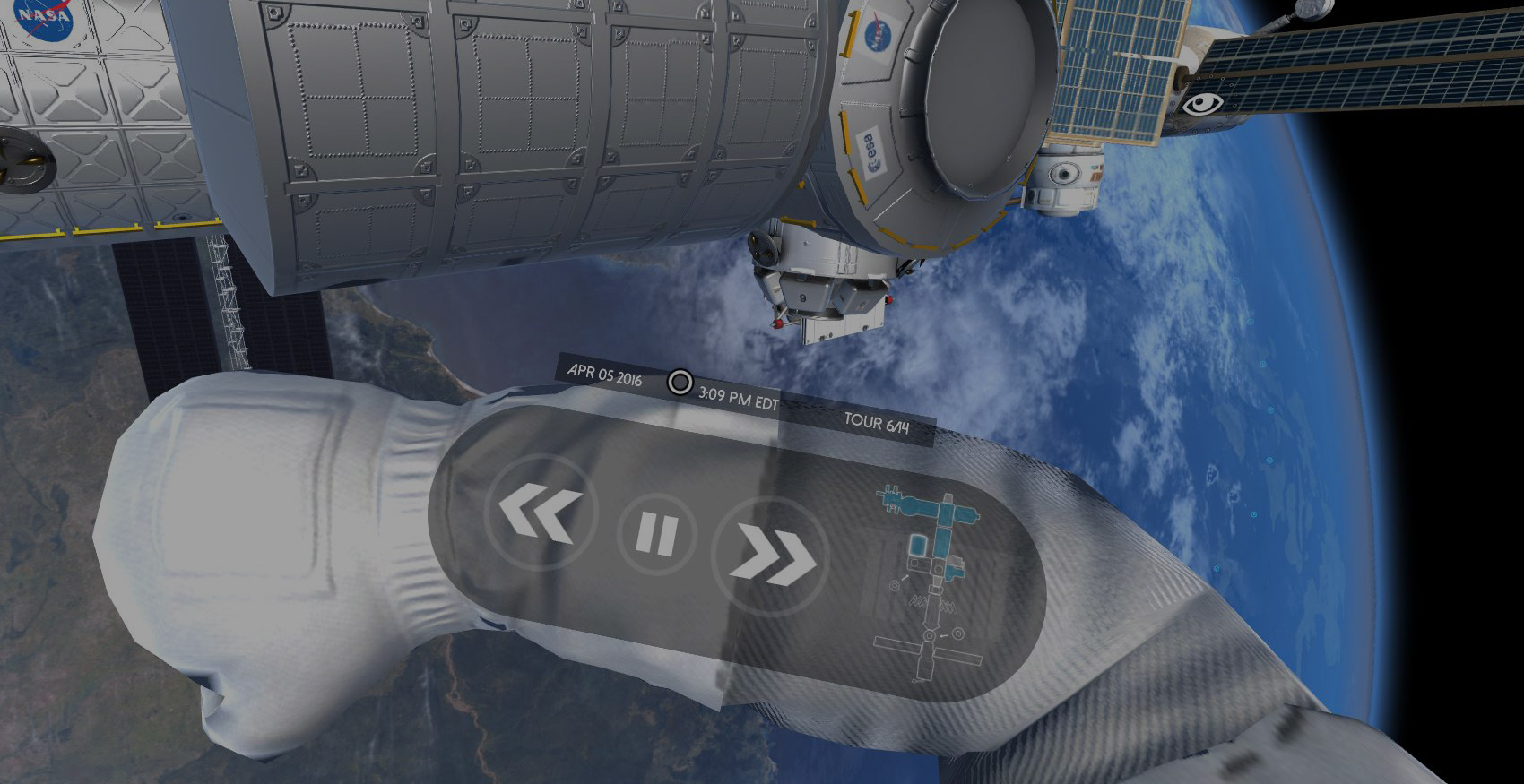 Space Visor immerses visitors in a virtual reality experience that takes them to restricted access areas in a virtual world that brings space artifacts to life. Using your own mobile phone, the Space Visor headset allows you to interact with three separate applications based on Kennedy Space Center Visitor Complex, space facts about our solar system, and the International Space Station. Extend your Kennedy Space Center experience beyond your visit with the purchase of Space Visor!

Space Visor is available on site and online at The Space Shop. Choose the standard headset or the premium headset which includes a head strap. The user’s phone sits inside the headset latched in with Velcro. Once the headset is purchased, download the free applications: KSC 360 Expedition, Space Dreams and Edge of Home from the Apple Store or Google Play. For optimal experience, minimum recommended devices are flagship 2015 or newer including the Samsung Galaxy S6 and the IPhone 6S.

KSC 360 Expedition
Encompasses all parts of the visitor complex, and users are prompted to learn facts about each rocket in the Rocket Garden, gaze at Space Shuttle Atlantis as she floats in orbit, take a ride on the moon in a lunar rover at the Apollo/Saturn V Center and sit in the commander seat of the Mercury-Atlas 8, Gemini 9 and Apollo 14 capsules. See every switch, gauge and lever as only astronauts Wally Schirra, Gene Cernan and Alan Shephard have seen before. Share this take-home virtual tour of Kennedy Space Center Visitor Complex with family and friends.

Space Dreams
Explores the room of a space-inspired child to learn facts and figures about our solar system from galactic-themed décor including each planet, a Mars rover and a Mercury spacesuit.

Edge of Home
Allows you to see the International Space Station like an astronaut. Take part in an extravehicular activity walk around the outside of the ISS while learning facts and figures about each module. 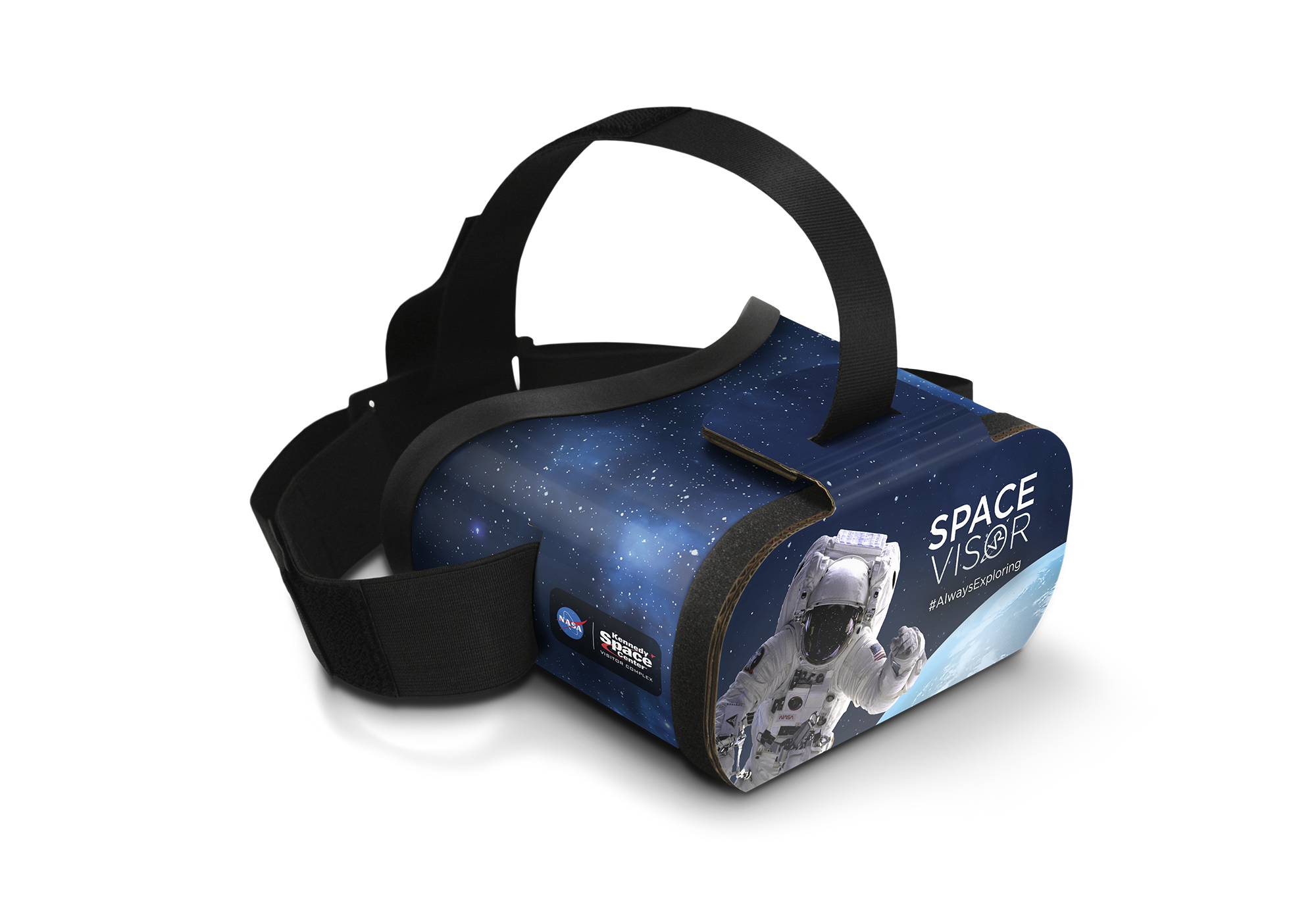 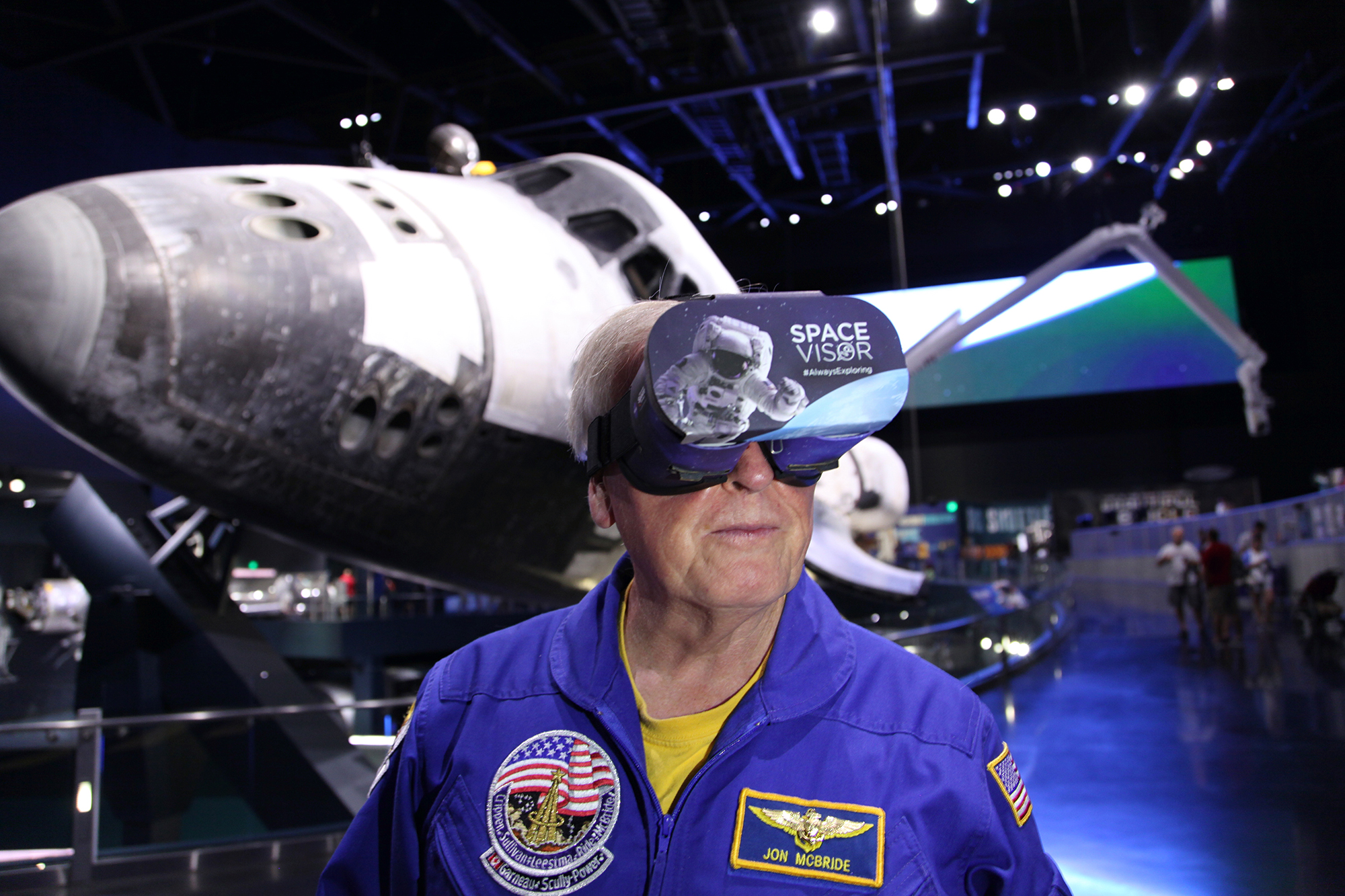 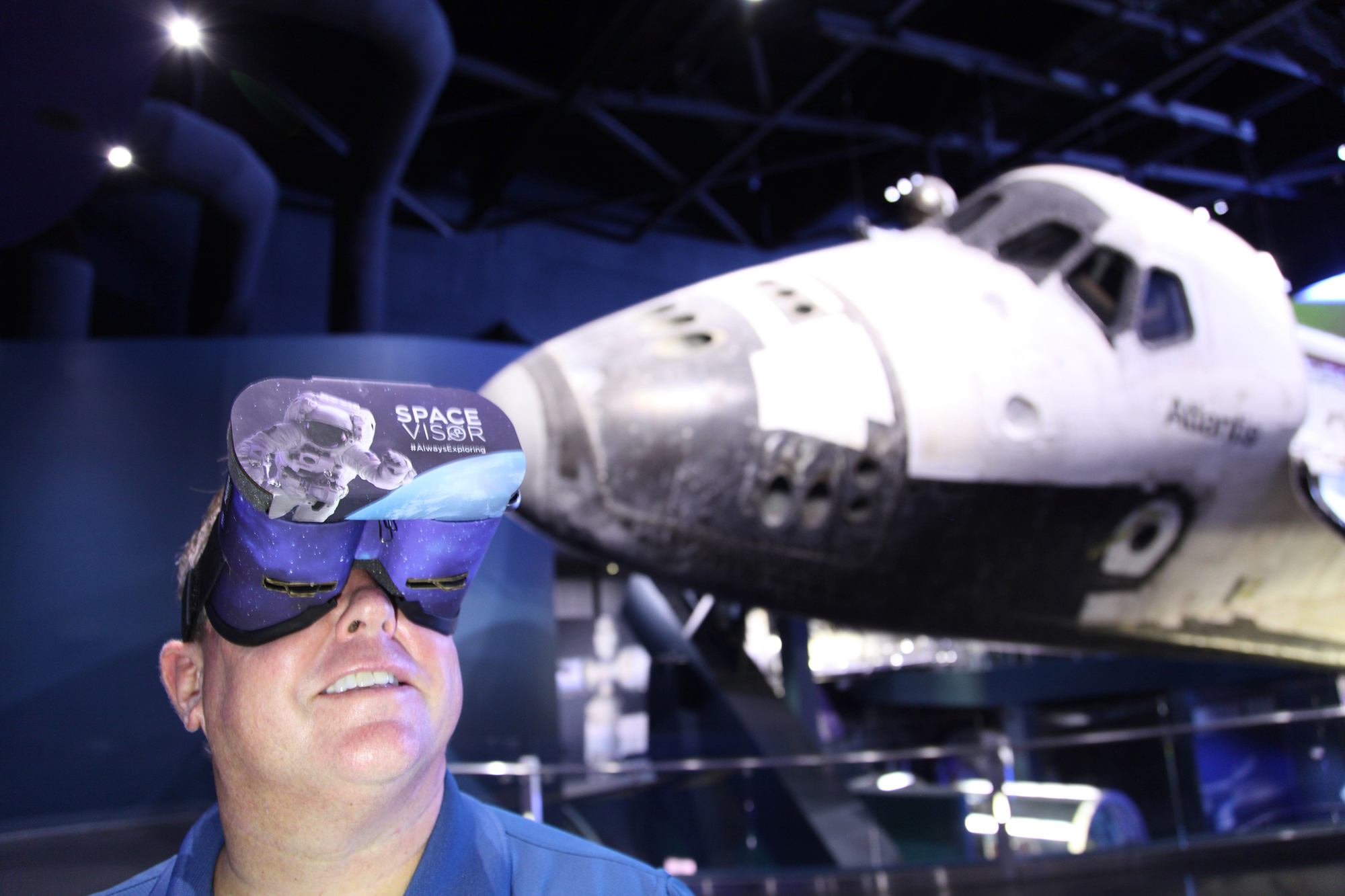 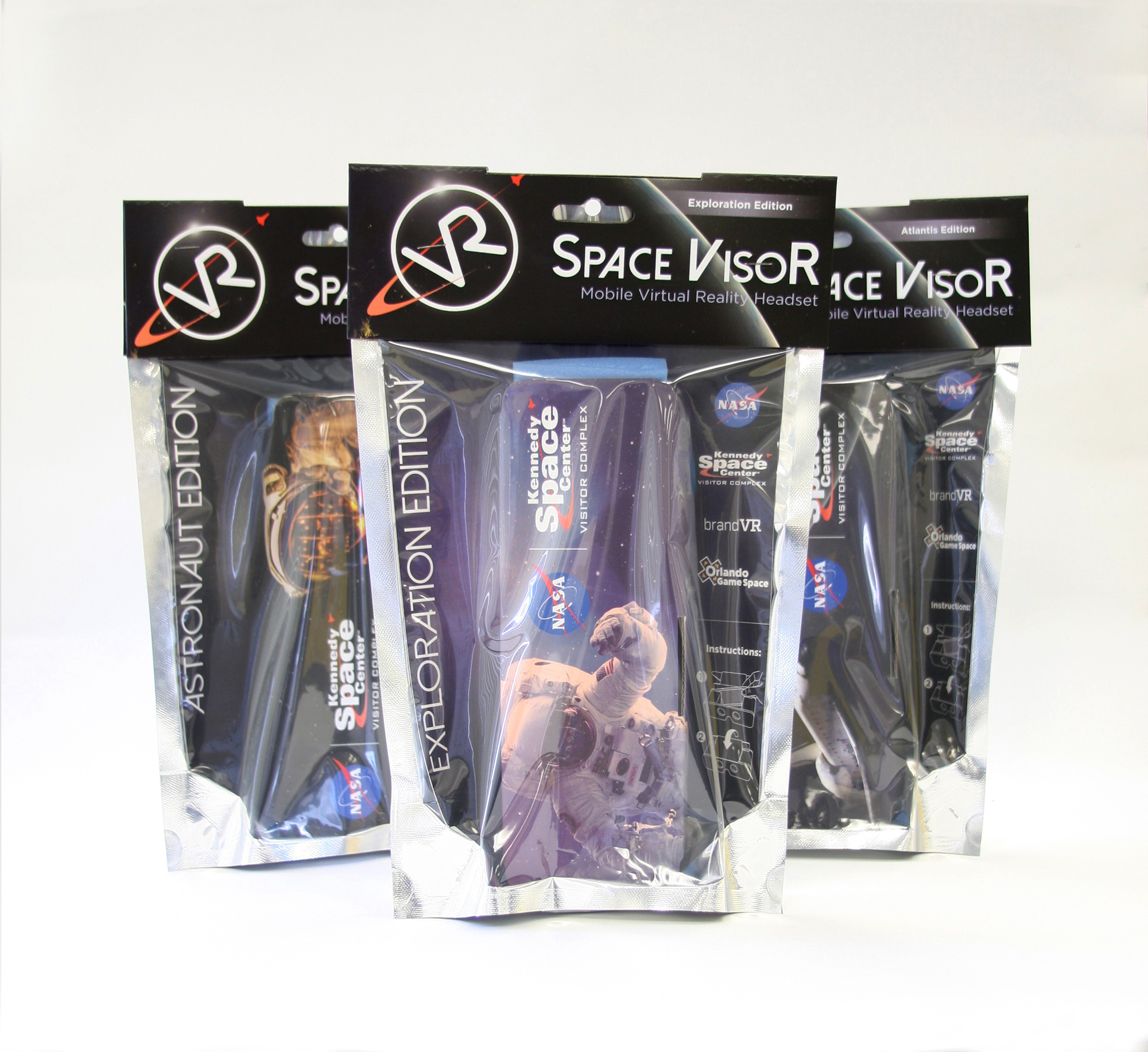 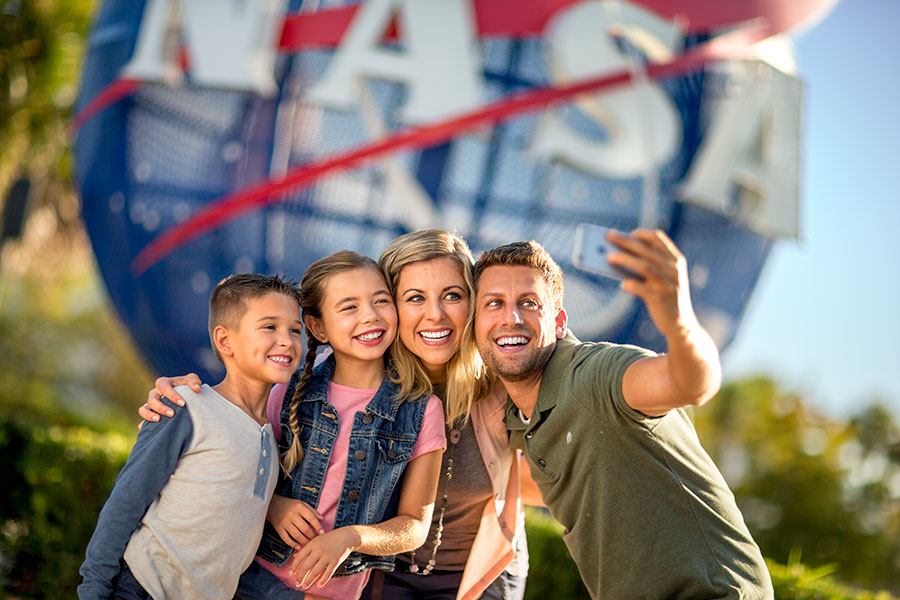 Kennedy Space Center Visitor Complex has many must see attractions, from space-flown artifacts to behind-the-gates tours. Explore them all as you plan your visit to America’s multi-user spaceport!
Explore Attractions
Kennedy Space Center Visitor Complex is operated for NASA by Delaware North and is entirely visitor-funded.
Images shown may not represent current operational and safety guidelines.