Each year, we thank veterans as well as active, retired, and military for their service to the country by offering complimentary admission in honor of Veterans Day. Plus, we even offer 50 percent off one-day admission for up to four guests.

Fun fact about NASA and the military. When NASA started looking for astronauts, they looked to the military because they wanted people who had test pilot experience and the willingness to face unknown, dangerous situations. Meaning, the vast majority of early NASA astronauts were military service members.

So, we took the time to sit down with Bruce Melnick, a veteran space shuttle astronaut (STS-41, STS-49) and the Director of Operational Excellence, and interviewed him about his service in the military and more. 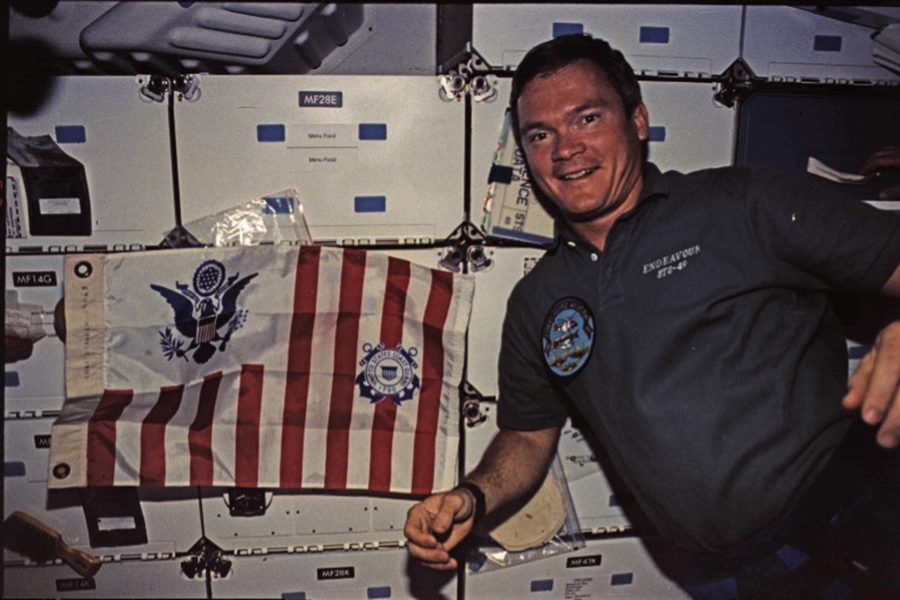 Twenty years in the Coast Guard! I was stationed on the U.S. Coast Guard Cutter Steadfast in St. Petersburg and flight training in Pensacola, FL. I was also stationed at Air Stations in:

Plus, I was selected by NASA as the first Coast Guard astronaut in Houston, Texas.

How are you celebrating Veterans Day this year?

I hope to be spending Veterans Day fishing for red snapper in the Gulf of Mexico.

How long have you worked at Kennedy Space Center Visitor Complex? And where?

I was actually part of the original group of astronauts that participated in "Astronaut Encounter" back in the early 90s. I was then off and on until January 2020 when I became the Kennedy Space Center Visitor Complex's Director of Operational Excellence.

Easily, the people! What a great crew! Everyone is excited and proud to be a crewmember here. There is no other place like it on the planet. You can see real space flight hardware, meet and talk with an astronaut every day who has flown in space, take a trip back in history to the origins of our human space flight program and get immersed in interactive attractions to experience the future of space travel. Oh, yeah! And watch a live launch almost every week! And a small personal point, I get to reminisce about my two space shuttle trips every time I walk through the park.