Enter into the spaceport of the future and embark upon one of four incredible space journeys in Spaceport KSC. Located on the second level inside Gateway™: The Deep Space Launch Complex, you can fly to destinations never-before explored such as Mars, Trappist-1, a Horsehead Nebula, Saturn, Jupiter, and more. 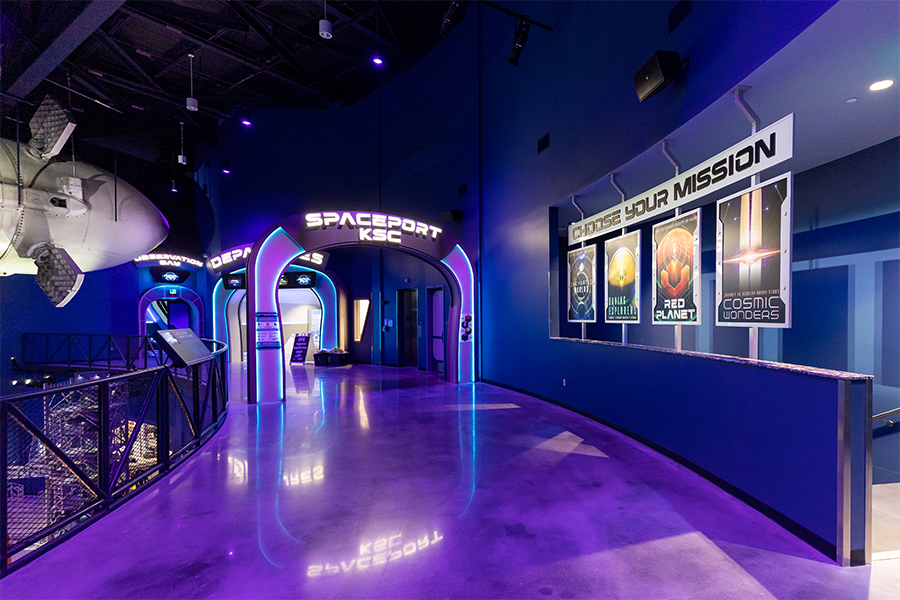 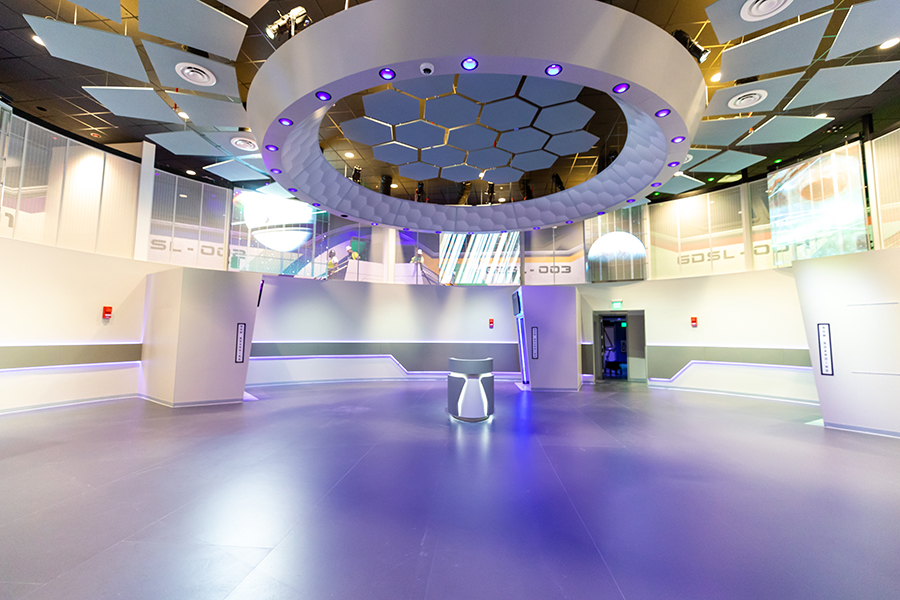 Upon entering the concourse, experience the sights and sounds of a galactic spaceport and peer through digital windows for views of a busy spaceport with ground transportation movement, launches, and landings. Then, proceed toward the departure gates where you will choose between four journeys entitled Cosmic Wonders, Daring Explorers, Red Planet, and Uncharted Worlds before boarding your spaceship.

Here is what you will experience during each: 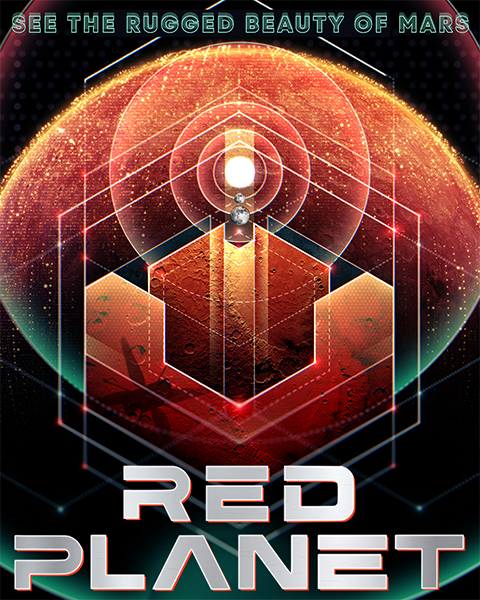 On this thrilling journey to Mars, witness the Red Planet's rugged beauty firsthand. Featuring a glimpse back in time at Mars' ancient oceans, an encounter with the pioneering Perseverance rover, and an escape from one of the planet's infamous dust storms, this tour offers an up-close look at our planetary neighbor's history potential. 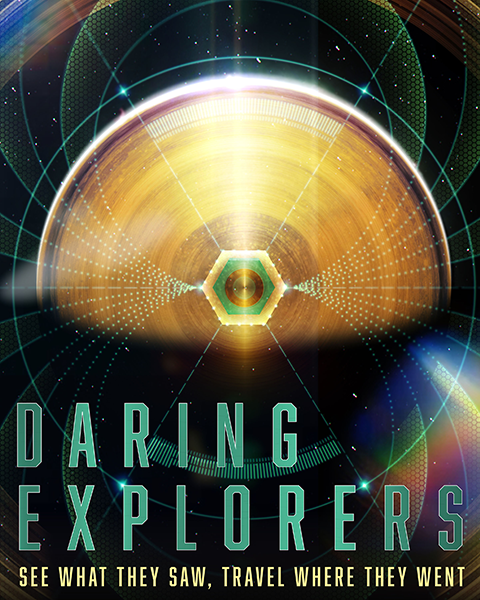 Following the path of robotic explorers like Casini and Juno, this journey to Saturn and Jupiter offers stunning up-close views of the gas giants and two of their most famous moons - Titan and Europa. See the liquid lakes beneath Titan's thick atmosphere, skim the rings of Saturn, marvel at Jupiter's planet-sized storms and feel the force of Europa's geysers on this unforgettable tour of the gems of the outer Solar System. 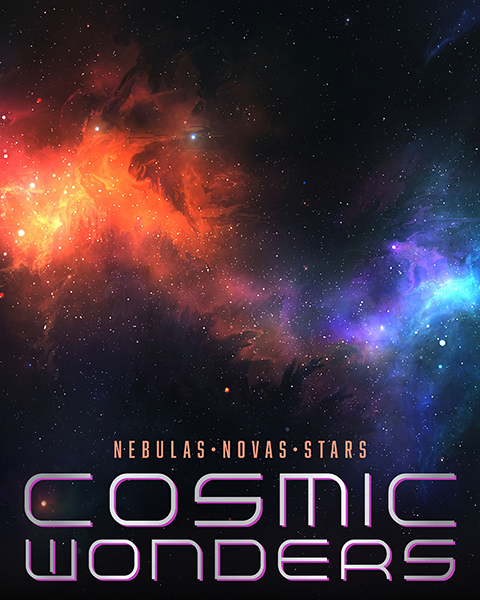 On this journey to the deepest reaches of space, witness some of the most famous cosmic sights in the universe. Including vistas from the inky Horsehead Nebula dust cloud, a flight through the glowing tendrils of the Crab Nebula, and a special visit to a massive star about to go supernova, this firsthand look at the birth and death of stars promises unsurpassed cosmic beauty. 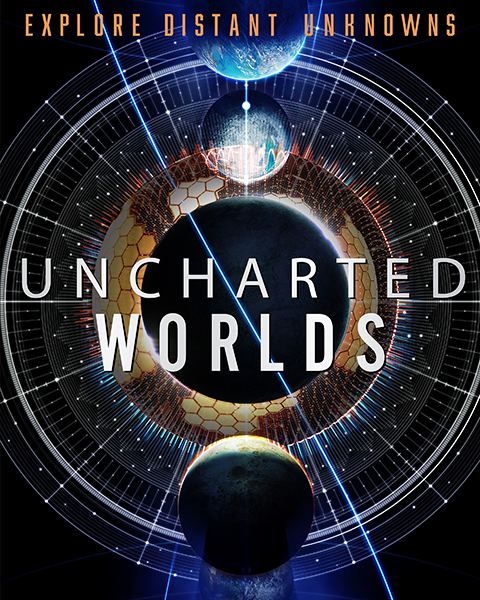 Venture 40 lightyears away to the Trappist-1 system of exoplanets - a collection of seven alien worlds orbiting a red dwarf star. Weave past a hot steam planet and a frozen world of ice before skimming the surface of a world nestled inside the star's habitable zone, the region most likely to host life as we know it.

Please note that there is a height restriction on 39 inches or 99 centimeters. There is an available "child swap" room, allowing adults to alternate their turn on the ride.

For those guests unable to transfer to the ride seats or have restrictions or sensitivity to motion, they may select the Observation Bay to experience a full ride, minus the movement.

Gateway and Spaceport KSC are both included with daily admission. With four different trips, you experience something new during your return visits!