Search
0
0
Race To The Moon

Get up close to a spectacle of human engineering and space travel, the Saturn V rocket. In the Apollo/Saturn V Center, walk beneath a real Saturn V rocket, the type of rocket that launched humans to the Moon. Take a stroll under this show-stopping giant and fully appreciate the size and complexity of the largest rocket ever flown through space. At 363 feet/111 meters long, it is 60 feet/18 meters taller than the Statue of Liberty! Although a total of 13 Saturn V rockets were launched between 1967 and 1972, this is one of only three remaining in the United States.

Exhibits alongside the rocket highlight its assembly and the more than 400,000 people who helped build the massive machine. Watch Apollo-era footage projected on the side of the vehicle and do not miss the daily guided tour through each of the three stages of the rocket.

As the centerpiece of the Apollo/Saturn V Center, this must-see attraction is a stop on the Kennedy Space Center Bus Tour and is only accessible through the tour. 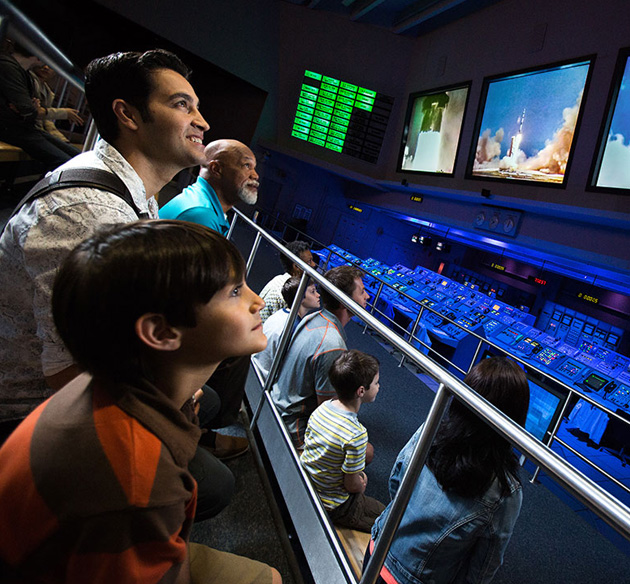 Apollo 8 and the Firing Room

Experience the thrill of the space race with the launch of Apollo 8. Watch history unfold in the Firing Room as the first crewed Saturn V mission blasts into space.
Explore More 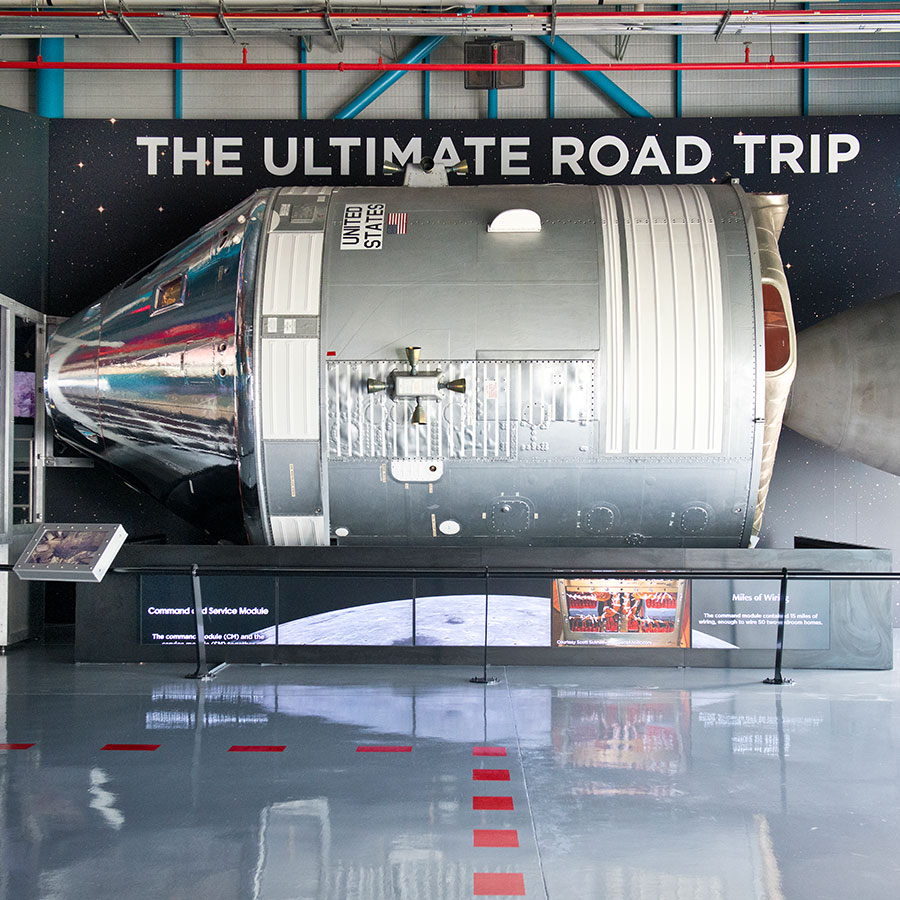 Path to the Moon

Celebrate the accomplishments of Apollo missions 7-10 and the technology that kept the astronauts safe while traveling to the Moon.
Explore More 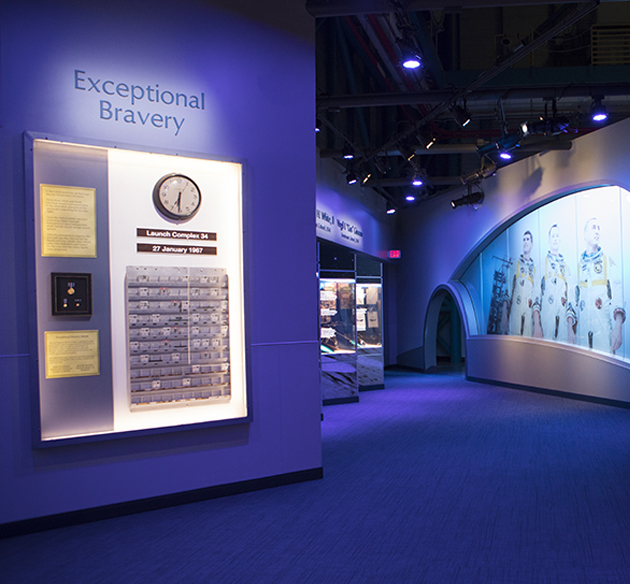 The Apollo 1 Tribute is dedicated to the lives, accomplishments and memories of Gus Grissom, Ed White and Roger Chaffee, the three astronauts who perished while training for the flight of Apollo 1.
Explore More
Plan Your Mission 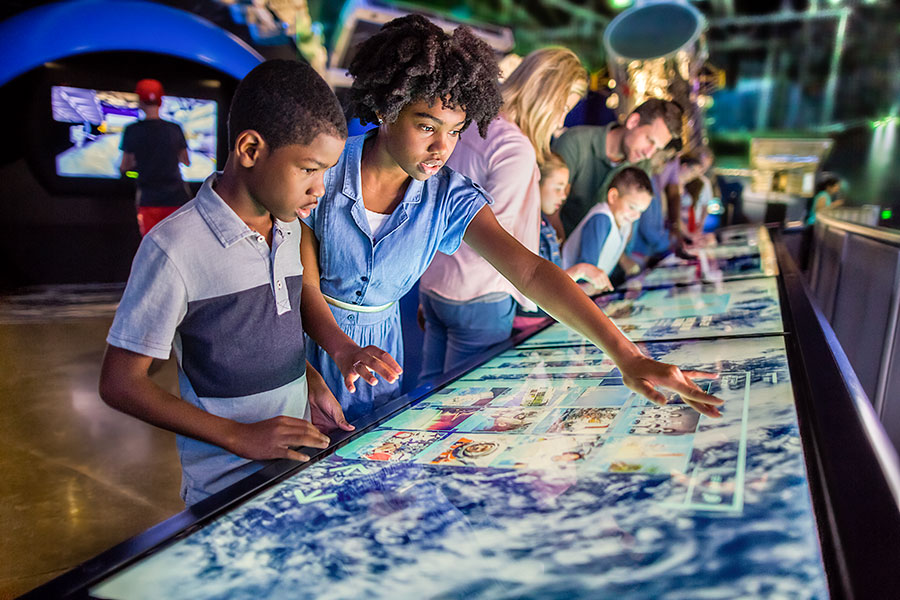