The Wild Side of Kennedy Space Center

When people think about Kennedy Space Center, the images that most often spring to mind are rockets, launch pads and other highly technical things. Visitors to Kennedy Space Center Visitor Complex are often surprised to discover that they are just as likely to be greeted by an alligator or dolphin. This is because Kennedy Space Center sits in the middle of the Merritt Island National Wildlife Refuge adjacent to Canaveral National Seashore, one of the largest and most diverse wildlife preserves in Florida. In fact, the refuge supports one of the highest numbers of threatened and endangered species anywhere in the nation.

As an educator at the visitor complex, I have had the thrill of many wildlife encounters on and around the refuge. With my own eyes, I have seen sea turtles, otters, dolphins, manatees, bobcats, coyotes, bald eagles, and even a Florida panther. Of course, alligators are likely to be spotted in any body of water, and sightings of raccoons, deer, and turkeys are common. Birdwatchers are kept busy spotting over 300 species of feathered friends such as the wood stork, great blue heron, Florida scrub jay, and roseate spoonbill. In addition, whenever we transport guests on a KSC Bus Tour, we always encourage them to keep their eyes open for wild hogs – the descendants of pigs that escaped from local farms during the launches of the early 1960s and the Russian boars that Spanish settlers brought to the New World in the 17th century. 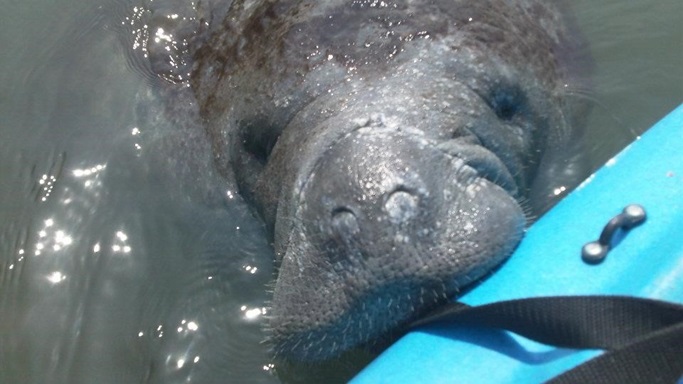 Wildlife encounters are exciting, but there are a few things you need to keep in mind for your safety and the safety of the animals. The first rule of interacting with wildlife is simple: do not feed the animals. This is not only illegal but it is also harmful to the animals you think you are helping. Also remember – these are wild animals. Look, but don’t touch! Finally,  take note that you are a visitor in the animals’ home and be sure to leave nothing behind but great memories.