A Busy Spring for this Multi-User Spaceport

The spring of 2022 has been full of milestone events in our space program. We celebrated the 50thanniversary of Apollo 16 on April 16, then witnessed the first-ever private crewed mission to the International Space Station (ISS), Axiom Mission 1, launch on April 7. Then, soon after on April 27, the next mission from the Commercial Crew Program, Crew-4, left Earth.

Here is a snapshot of what has been going on from right here at Kennedy Space Center, America’s multi-user spaceport.

On March 16, 2022, NASA rolled out the massive Space Launch System (SLS) rocket from the Vehicle Assembly Building (VAB) to begin its journey to Launch Complex 39B.Almost 11 hours later, Artemis I, the rocket’s inaugural mission, was on the pad.Though physically smaller than the massive Saturn V Moon rocket, SLS will be the most powerful rocket to ever fly. Powerful enough to one day send astronauts on their way to Mars. The rocket remained on the pad for more than a month, so for the first time in many years, two space vehicles could be seen on Launch Complex 39 at the same time! On April 26, SLS was rolled back to the VAB for necessary repairs and updates. 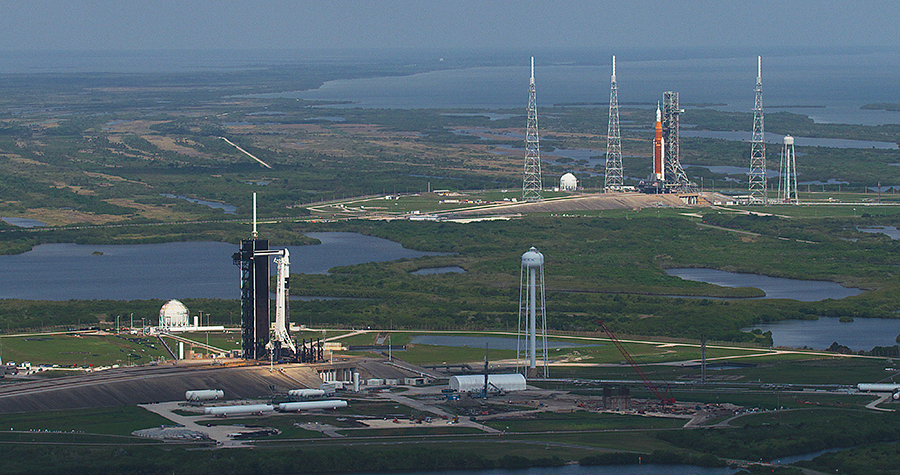 Crewed Missions to the ISS 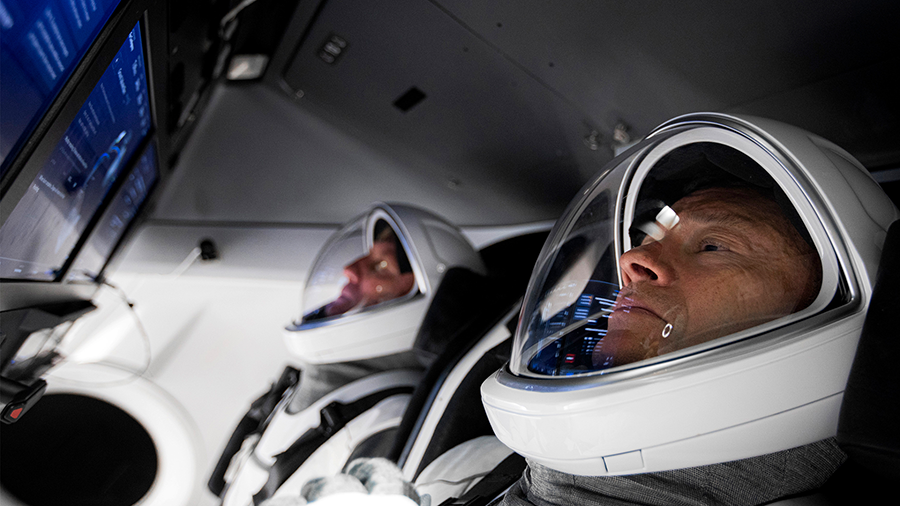 As part of NASA’s Commercial Crew Program, SpaceX sent Crew-4 up to the ISS in the early hours of April 27, 2022. The crew of four includes NASA astronauts Kjell Lindgren, Robert Hines, and Jessica Watkins, and Italian astronaut Samantha Cristoforetti of the European Space Agency.Watkins is making history as the first black woman to be a part of the International Space Station crew. During their mission, they will be a part of more than 200 science investigations. Many of this research will be to further the understanding and preparation for human deep space travel. Some topics include studies on immune systems as they age, and possible cardiorespiratory effects during and after long exposure to a microgravity environment. Crew-4 is expected to return back to Earth this fall, but you can stay up to date on their mission on the Crew-4 blog.

Finally, we also recently honored the 50th anniversary of Apollo 16 as part of the ongoing Apollo 50 celebrations. Apollo 16 marked the first time an Apollo crew landed in the central lunar highlands, as well as conducted the first space walk during the return to Earth. Listen as Apollo 16 astronaut Charlie Duke has a little fun and shares another record that the Apollo 16 crew holds—most bowel movements!

The Apollo 50 celebrations, which began in October 2018, concludes in December 2022 with Apollo 17’s 50th anniversary. It is exciting to reflect and honor the past Moon missions while preparing for humanity’s return to the Moon in the near future.

With so much going on these days, it is likely you will see something out of the ordinary during your visit. To begin planning your next trip, we recommend you visit the Event Calendar to see wha tis planned for the year so far.

Out of This World Deals
By Shelby Stoeckman On November 23, 2022
Celebrating Our Veterans
By Ashlynn Webb On November 11, 2022
Home Science: DNA Extraction
By Gloria On October 31, 2022
Taste of Space | Meet the Celebrity Chefs
By Alaina On October 6, 2022
Countdown to Artemis I
By Alaina On August 23, 2022