NASA’s primary goal was not just to send humans to the Moon, but to ensure the astronauts’ safe return home. On July 24, 1969, Apollo 11 astronauts Neil Armstrong, Buzz Aldrin and Michael Collins successfully splashed down into the Pacific Ocean and were safely recovered by the USS Hornet aircraft carrier. The world celebrated their safe return, but did you know that they were immediately quarantined out of concern for “Moon germs?” 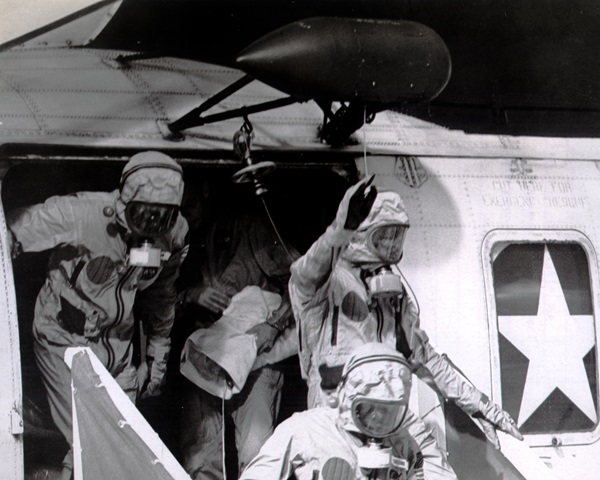 Today, this idea seems surprising but back in 1969, NASA had no prior knowledge of what exactly may be found on the Moon upon arrival...or what could be brought back home. The lunar quarantine program was created by NASA to ensure that lunar material brought back from the Moon posed “no threat to public health, to agriculture, or to other living resources.” This included protection of the crew, lunar samples and any other “contaminated” or exposed materials. Upon returning to Earth, the Apollo 11 crew was immediately quarantined to protect Earth against the so called “Moon germs.” The three men were held in a Mobile Quarantine Facility (MQF) which included sleeping and living quarters, a kitchen and a bathroom. 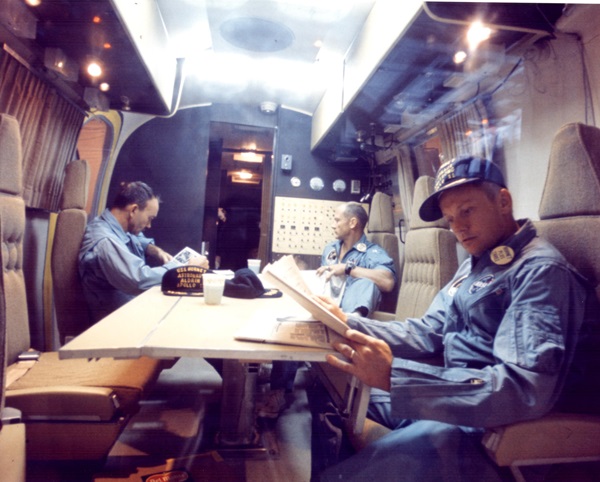 The MQF, with the astronauts inside, made its way from the USS Hornet to Pearl Harbor Naval Base and eventually to the Lunar Receiving Laboratory at Johnson Space Center. There, they were moved to a larger facility for the remainder of their quarantine. They were isolated for a total of 18 days before scientists were confident there was no infection.

Only the crew of Apollo 11, 12 and 14 were quarantined. After extensive tests and studies conducted during each mission, it was determined that no life exists on the Moon and therefore Earth was not in any danger from lunar materials. The program was discontinued after Apollo 14, but lunar samples still remained protected for preservation. 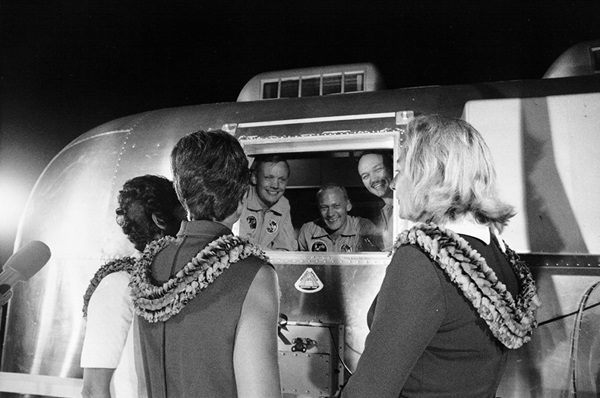 The Apollo/Saturn V Center at Kennedy Space Center Visitor Complex is newly transformed in honor of the 50th anniversary of NASA's Apollo Program. Be sure to visit the attraction as part of the Kennedy Space Center Bus Tour for this and many other lesser known Apollo stories.