While the idea of humans living on Mars may seem like science fiction, NASA continues to make strides towards this goal. There are many steps to take here on Earth before we can take a step on Mars, including collecting data from rovers on Mars, establishing a sustainable presence on the Moon and developing the Space Launch System (SLS) for spaceflight voyages. If you are interested in the future of human exploration beyond our planet, be sure to include Journey to Mars: Explorers Wanted in your visit to Kennedy Space Center Visitor Complex. 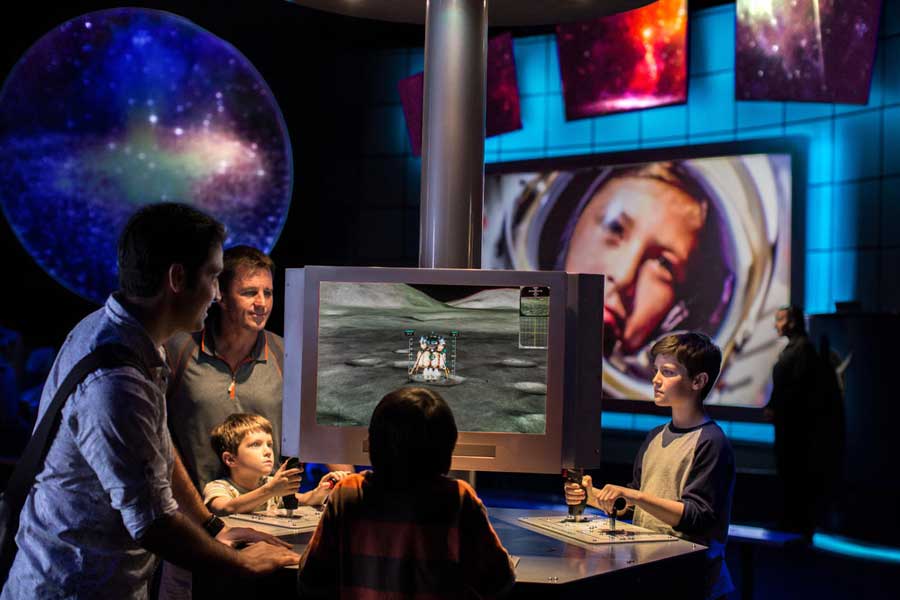 While humans haven’t landed on Mars yet, you can experience life on Mars through hands-on interactives like landing simulators and orbital docking simulators. Don’t miss the live show explaining what life on Mars will look like for humans. If you are interested in what the voyage to Mars will look like, check out the designs of the crew vehicle, Orion. The Orion will launch atop the SLS and will take the first explorers to the Red Planet. 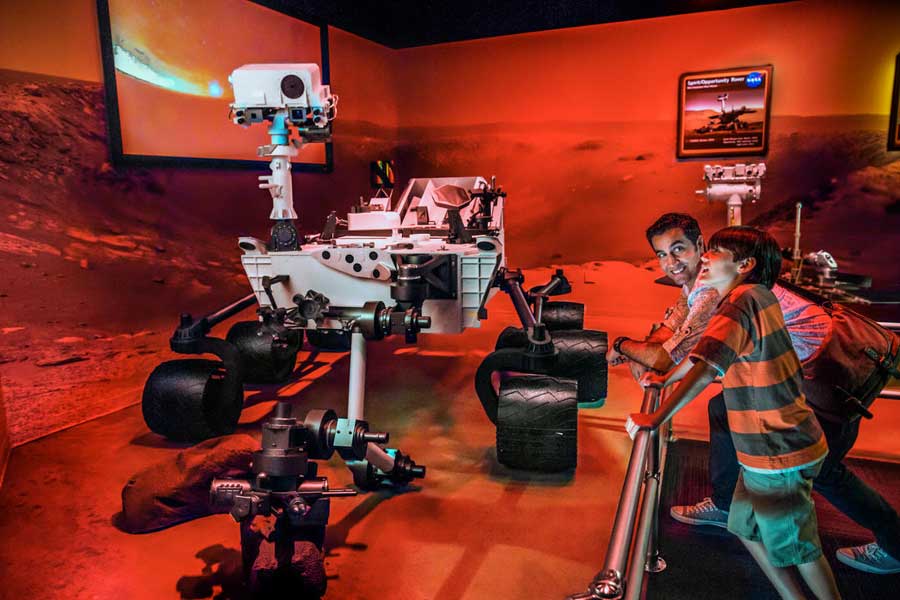 Sojourner was the very first wheeled robotic explorer, or rover, to be sent to Mar. It landed in 1997 and was only the size of a microwave oven. This little rover operated for 84 days and sent more than 550 pictures of the Red Planet back to Earth.


In order to search for answers about the history of water on Earth, NASA sent the identical or twin rovers Spirit and Opportunity to explore Mars. Opportunity and Spirit landed in 2004 on opposite sides of the planet. Each took the first colored photos of Mars and found several signs of past water.


In 2012, Curiosity landed on Mars to determine if Mars once had everything needed to sustain life, including lasting water and organic molecules. While Curiosity's mission was planned to last one Mars year or 23 Earth months, it continues to operate on Mars today.


Joining the family soon will be the Mars rover Perseverance, set to launch from Cape Canaveral Air Force Station in the summer of 2020. Unlike previous rovers, Perseverance will not just explore Mars. It will also be the first leg in a round trip to Mars. Perseverance contains a sample-gather system that will prepare rock and sediment samples for a return to Earth by a future mission. 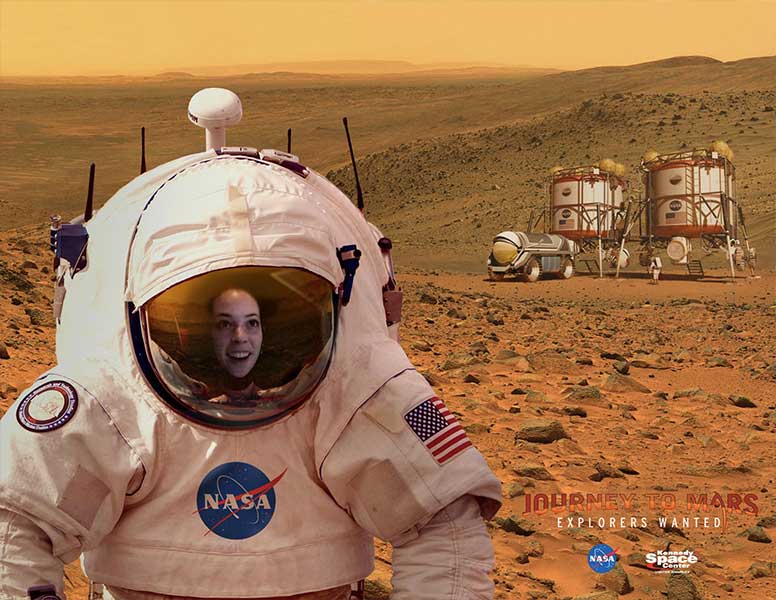 NASA continues to develop new hardware to support the mission to Mars. However, it is going to take more than hardware to take the first step on Mars – it’s going to take people. Throughout Journey to Mars you will see images, descriptions and quotes of the engineers, programmers, scientists and other specialists who are part of the Mars mission team. On your way out of Journey to Mars: Explorers Wanted, stop by the interactive kiosks to have your picture taken (such as the photo above) as a memento of your visit. Perhaps seeing yourself in a spacesuit will inspire you and your crew to join the team one day!

To learn more about NASA’s plans for human life on Mars, plan your visit to Journey to Mars. This exhibit is included with daily admission to the visitor complex. View ticket options to create the best visit for your crew.