Calling all explorers! Set foot on a new world of play at Kennedy Space Center Visitor Complex. Planet Play will be your new favorite planet after you explore this fully-immersive multiple-story play experience. Go beyond the traditional playground with digital interactives and artistic components that educate and entertain young explorers. Read more about what is included in an adventure at Planet Play. 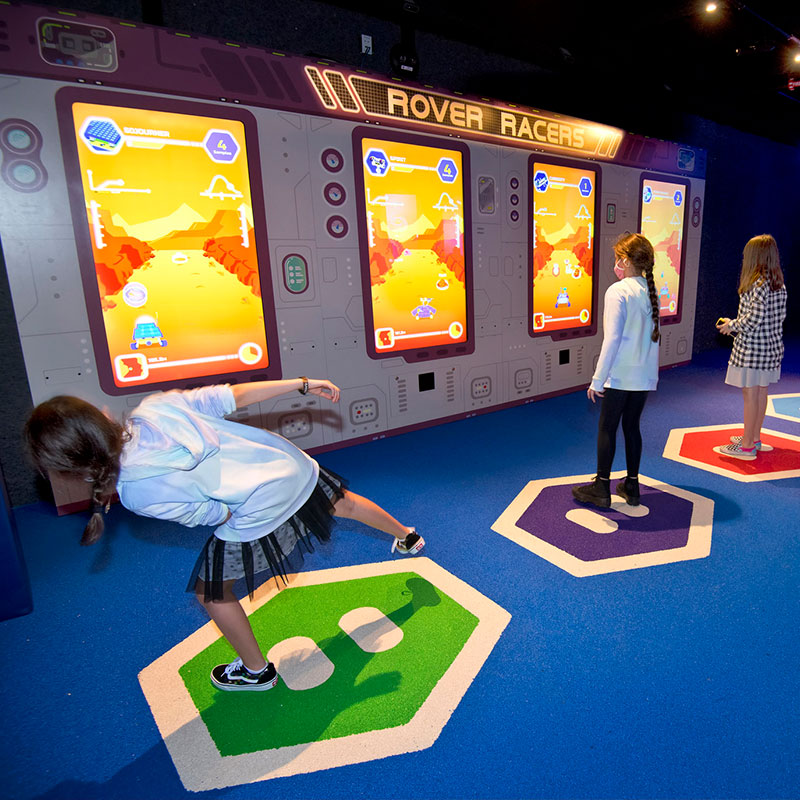 Compete against fellow racers as you traverse across the Red Planet as a Mars rover. Racers use their bodies to control the movement of the racers, jumping up and down to dodge obstacles and moving side-to-side to collect specimen. Players can choose between four rovers: Sojourner, Mar’s first rover; Spirit, one of the twin rovers; Curiosity, the rover that searches for signs of water; or Perseverance, the newest rover. 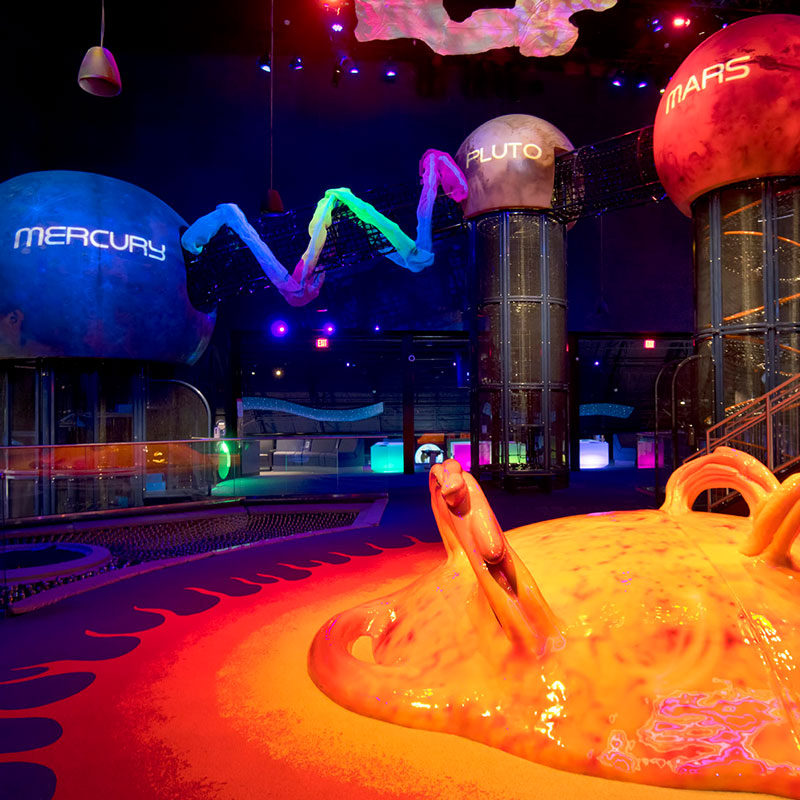 Surrounded by the nature of space, the second floor contains many physical play spaces to explore the planets. Explorers can walk on the surface of the Sun, climb into the planets via net towers or use the Gravity Sink (climbing tower) to visit the first floor again.

Also on the second floor, explore beyond the planets on Stargazer Scramble. Our solar system has only one star, the Sun. But at night, we can see the stars beyond our galaxy. On Stargazer Scramble, players step on the stars on a digital floor to connect stars from across the universe, creating the constellations that astronomers have studied for years. 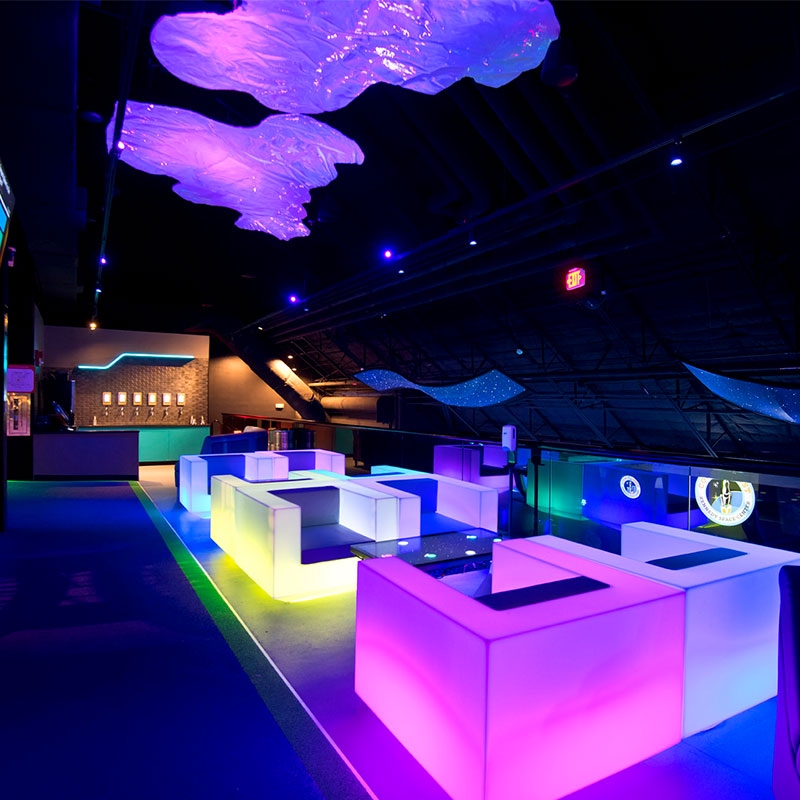 RELAX WHILE THEY PLAY

Watch the kids play and learn about the solar system from the comfort of the Planet Play Lounge. Enjoy coffee, wine and beer from the lounge’s bar. Play trivia and other games with your crew on the digital coffee tables. The lounge offers a view of children playing on the entire second floor and most of the third floor of Planet Play. 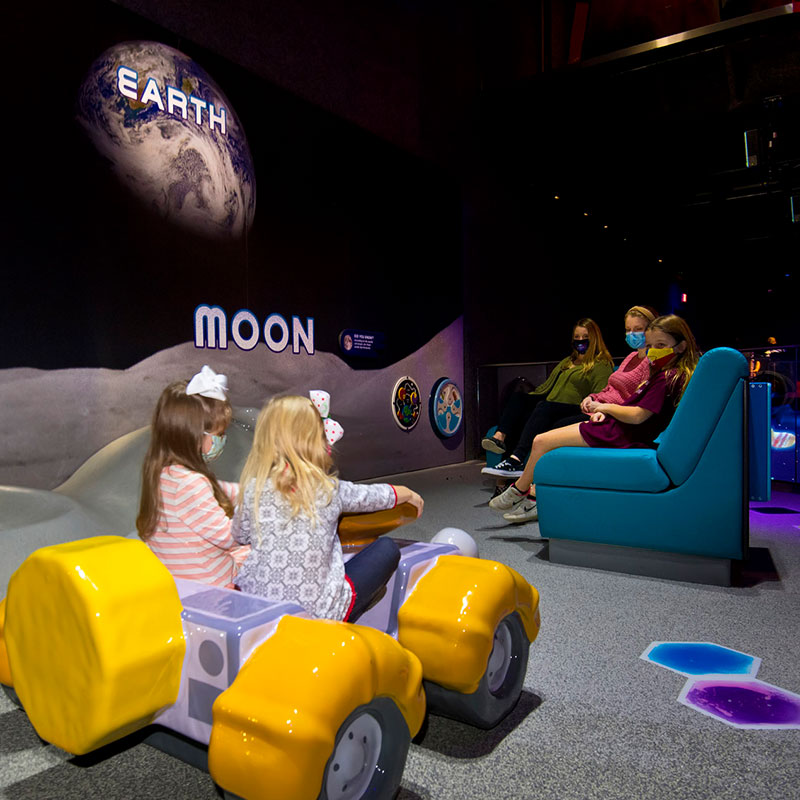 Explorers of all ages can play on the planets. Toddlers can enjoy a soft play area on the Moon with age-specific features such as climbable Moon rover and tactile play hexagons. Parents can comfortably watch their tiny explorers playing on the Moon. 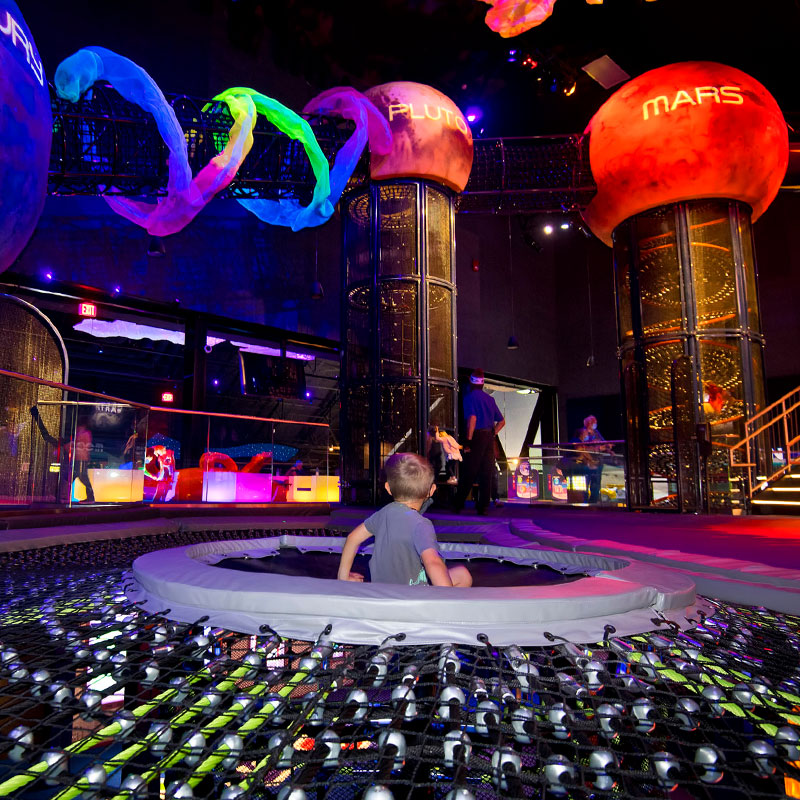 CRAWL THROUGH A BLACKHOLE

As explorers climb from the second floor to the third floor, they travel the astronomical distance from Mercury to Pluto in no time by climbing through a black hole. This net climber tube is surrounded by a net of colorful UV treated fabric and woven into a helix to create the effect of a black hole. Continue to navigate through net climber tubes and towers to find the way from Pluto to Mars and Saturn.

After climbing through Mars, adventurers find themselves inside of a lander spacecraft - a lander without power! By stomping on the Power Tower, the lander will recharge. As they continue to stomp, media projections display the surface and weather of the planet they have landed on. Once the lander is recharged, the lander will simulate liftoff with smoke and projections. 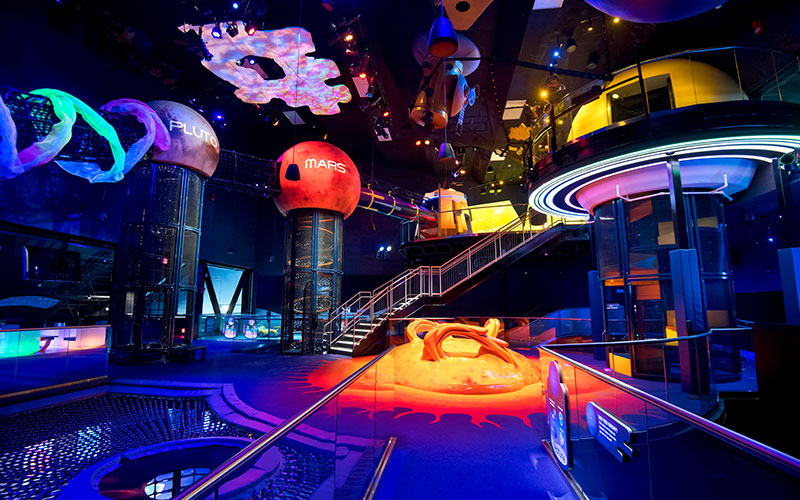 Young children will enjoy playing on the planets, with one-of-a-kind interactive gaming, artistic components and planet replicas. Inspire the next generation of space explorers with a visit to Planet Play. Where else can your future astronaut walk on Saturn’s rings, map a constellation or slide through an asteroid field? Entry to Planet Play is included with daily admission to Kennedy Space Center Visitor Complex – plan your visit today.