After a six and a half month journey, NASA’s InSight (Interior Exploration using Seismic Investigations, Geodesy and Heat Transport) spacecraft arrives at Mars on November 26, 2018. The spacecraft will attempt a touch down on the Red Planet around 3 pm EST at the planned landing site, Elysium Planitia. It launched from California on May 5, 2018, and will work on Mars until November 2020.

The definition of the word InSight is to see the inner nature of an object. Appropriately so, since this is the first mission to study the deep interior of Mars. It will gather data about the planet’s internal activity using a variety of methods, including detecting the causes of Marsquakes, studying heat flow and using seismic waves to determine the depth of the planet’s layers (crust, mantle and core) and what they are made of.

This is more than a mission to Mars. InSight may help us learn how rocky planets in our solar system formed more than four billion years ago, such as our Earth and Moon. By comparing what we know about the Earth’s core to Mars’ core, we may also learn why these two planets evolved so differently. All of this information could help in the search for exoplanets similar to Earth.

InSight will achieve many firsts during its two-year mission. A few of those are:

The landing is one of the most difficult parts of the mission. Mars’ thin atmosphere means less friction to slow the spacecraft down. InSight will enter the Martian atmosphere going 12,300 mph/5.5 km per second, or six times the speed of a high-velocity bullet. The lnSight spacecraft’s heavy mass and high elevation landing site mean even less time to slow down.

From that point, it takes seven minutes for the spacecraft to reach the ground. This sequence is nicknamed the “seven minutes of terror,” since many crucial tasks will be performed by the pre-programmed flight computer. To prepare for the challenges of landing, NASA developed a thicker heat shield, a stronger parachute and included 12 descent thrusters to slow the spacecraft down. 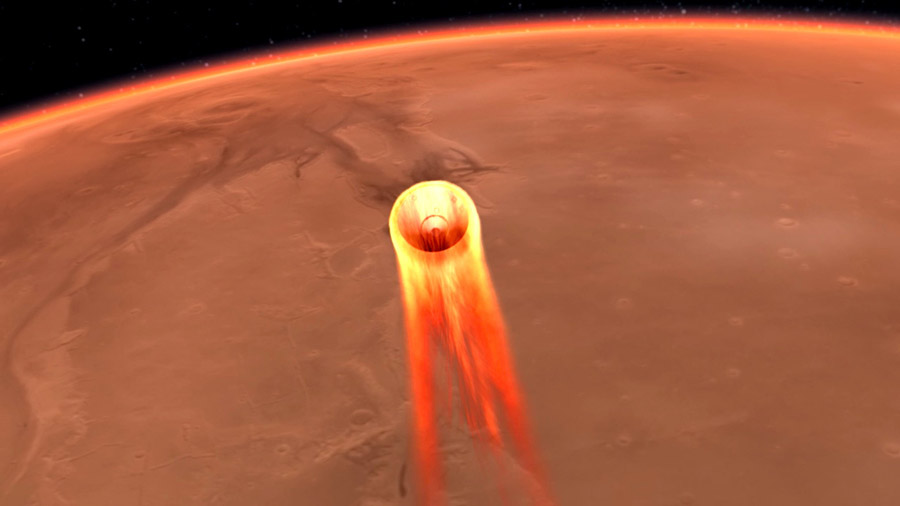 Launched along with InSight, but flying separately, are two CubeSats, Mars Cube One (MarCO) A and B. Nicknamed Wall-E and Eva after the 2008 Pixar film, they are the first CubeSat spacecraft to fly to deep space. During their flyby of Mars, they may communicate the status of InSight’s landing in as quickly as 10-20 minutes. If successful, Wall-E and Eva will offer a new communication capability to Earth. You can learn about them more inside our NASA Now exhibit. 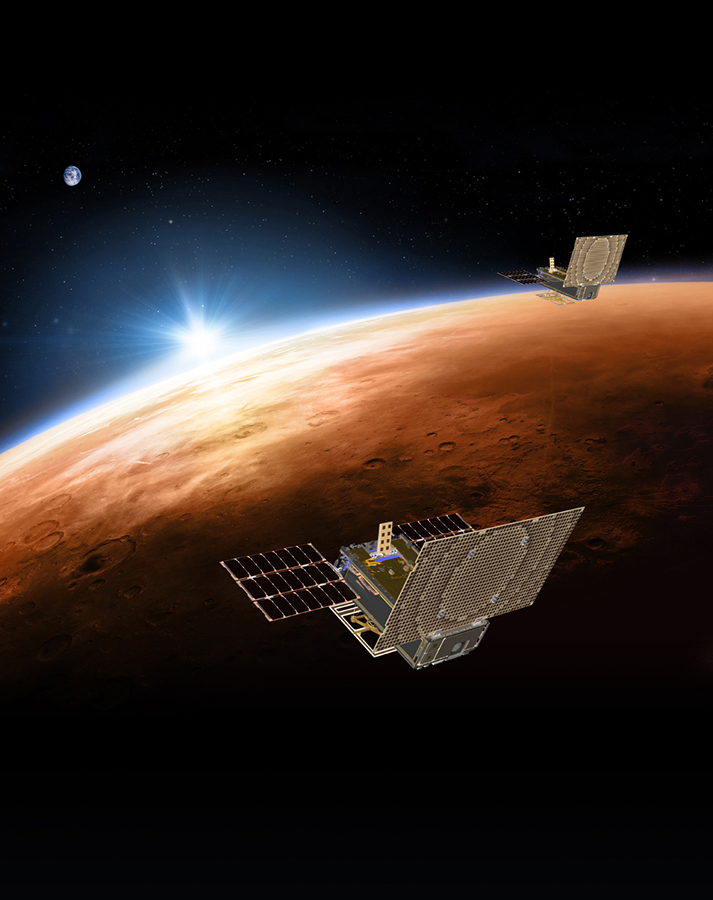 Kennedy Space Center Visitor Complex will be live streaming the landing at several locations in the visitor complex. You may also view it on NASA TV at NASA.gov/live.