NASA's Path to the Moon

The Orion Ascent Abort-2 test launched this morning at 7 AM, marking a crucial milestone in NASA’s plans to return to the Moon. The flight tested the crew capsule’s launch abort system, which would rescue the astronauts in the event of an emergency after launch. 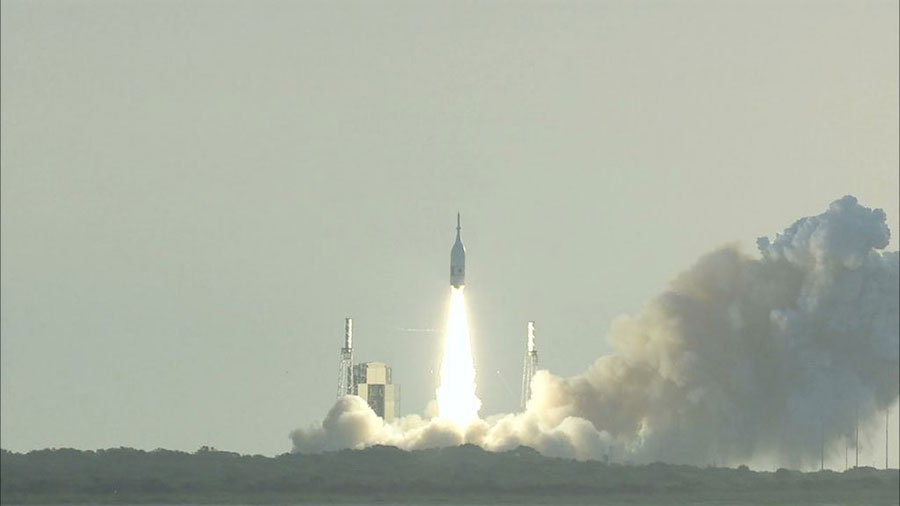 The success of this launch paves the way towards NASA’s next steps and the Artemis missions to the Moon. As we celebrate the past accomplishments of the Apollo Program and the Apollo 11 Moon landing this month, NASA is also looking to the future. With the recently announced Artemis Program, NASA will return to the Moon in the 2020s, but this time, they intend to establish a sustainable presence and explore new areas, such as the Moon’s South Pole. The research conducted and information gained from our time on the Moon will enable NASA to make the next big step and send astronauts to Mars.


How Will We Stay There?

According to Greek mythology, Artemis was the goddess of the Moon and the twin sister of Apollo, making it an appropriate name for the upcoming missions to the Moon. The Orion crew capsule is a big part of how we’ll send humans there, but before that happens, NASA plans to build an orbiting space station called Gateway on the Moon to serve as the home base. Alongside international and commercial partners, NASA will launch a series of missions as early as 2022, sending different modules to the Moon to construct Gateway.

With Gateway, astronauts will be able to access the entire surface of the Moon, mine resources and study the potential water ice in the poles of the Moon. And by building a sustainable presence on the Moon, independent of Earth, humanity will be one step closer to making the long trip to Mars.

It’s certainly an exciting time for the space industry with a lot to look forward to in the next decade. You can learn more about NASA’s next steps at the visitor complex’s upcoming event on July 19, 2019 NASA’s Giant Leaps: Past and Future. During the two-hour live broadcast, NASA will reflect on the Apollo era and discuss the upcoming Artemis Program.


You can always learn more about NASA’s plans at the visitor complex. Our attraction Journey To Mars: Explorers Wanted talks about what NASA is currently doing on Mars and their plans for the future.