If you’ve visited Kennedy Space Center Visitor Complex within the past year, you may have noticed construction going on in our skyline—the Rocket Garden. In July 2018, the visitor complex began restoration on NASA’s last remaining flight-configured Saturn IB rocket. The Saturn IB rocket, which is the predecessor to the Saturn V rocket, spans 220-feet-long and launched nine times from 1966 to 1975.

The one-of-a kind Saturn IB on display at the visitor complex is known as SA-209. This very rocket was prepped and ready for a potential launch of a rescue command service module (CSM) to recover a Skylab crew in July 1973. SA-209 was even rolled out to the launch pad in December of that year in preparation for potential launch. Luckily, it wasn’t needed to launch a rescue CSM and eventually it was on standby to launch the Apollo-Soyuz backup CSM. 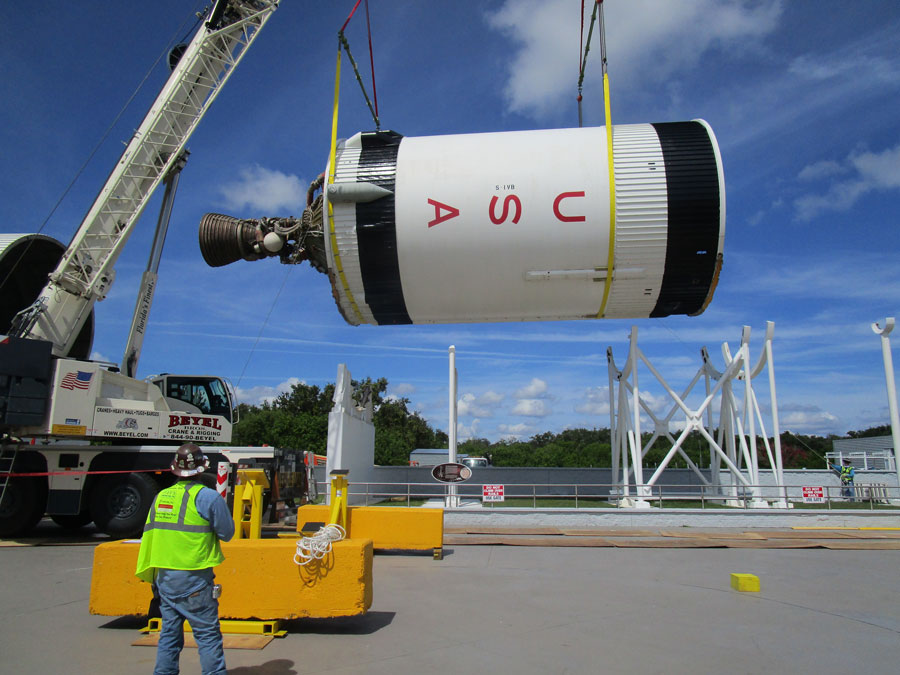 Not an inch of SA-209 was untouched during the restoration process. This extensive project included full interior and exterior refurbishment. Almost all of the stages were disassembled to allow for full-access to the interior sections. The actual wrench work took approximately ten months. There were many months of planning that took place prior to the beginning of onsite work. “Taking apart the rocket gave us access to every nook and cranny. We had one shot to do this and had to do it right,” said Jennifer Mayo, senior manager of exhibits and artifacts at Kennedy Space Center Visitor Complex.

The visitor complex took a multifaceted approach to protecting the rocket against Florida’s heat and humidity. Layers of paint on the exterior from past decades were taken down to the rocket’s original material and replaced with a new coating. The team completely sealed the inside of the rocket to ensure rain and wildlife cannot enter the interior structures. Holes from corrosion were patched with new metal and any areas that had dissimilar metals, which creates reactions that can cause more deterioration, were corrected. The visitor complex has implemented an annual maintenance plan so corrosion can be addressed quickly to protect the interior of the rocket. 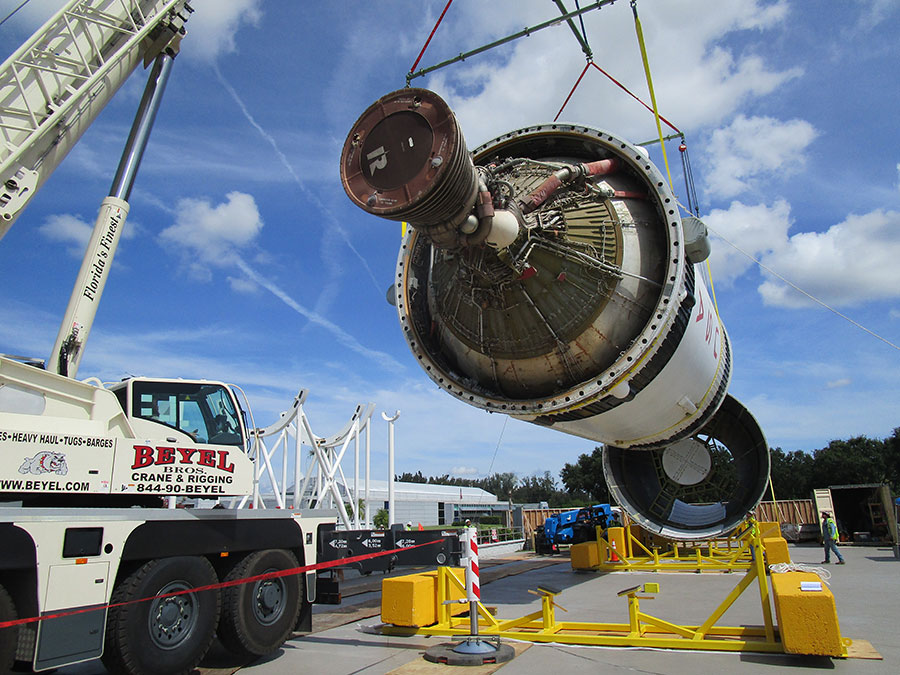 The most interesting find?

The original Rocketdyne engine bell cover on the J-2 engine is remarkably well-preserved. “It looks like it had been installed just last week,” said Mayo.

She continued, “These rockets are very personal to this community, not just to Kennedy Space Center but Brevard County in general. You have people that worked on these rockets, made their livelihoods from these rockets and they have so many personal memories with these rockets. Our actions have put several decades on the life on this rocket. Knowing we are doing a service to all the people that had such close ties to this family of rockets…that has been the most notable takeaway from the project.”

Be sure to visit the Saturn 1B and all of the rockets in the Rocket Garden during your next visit to Kennedy Space center Visitor Complex!

Take a look at the restoration work in action!