Charlie Walker has had many titles including forest firefighter, test engineer and medical test subject, but his claim to fame is being a payload specialist and first industry commercial astronaut for three space shuttle flights. Walker also spent many years on the ground helping with payload preparation and on-pad processing activities at Kennedy Space Center, Florida and in-flight support at Mission Control Center in Houston, Texas.

Walker holds a patent for the continuous flow electrophoresis (CFES) device which he worked on as a founding member of the Space Manufacturing team (later renamed Electrophoresis Operations in Space, EOS). He has researched and written numerous papers, newspaper articles, and book contributions on the EOS electrophoresis program, space development, commercialization and space history. He joined the McDonnell Douglas Corporation in 1977 as a test engineer. From 1979 to 1986, he was chief test engineer, payload specialist, and first industry commercial astronaut. This led to training NASA astronaut crews in the operation of the CFES and for Walker to become an astronaut himself. 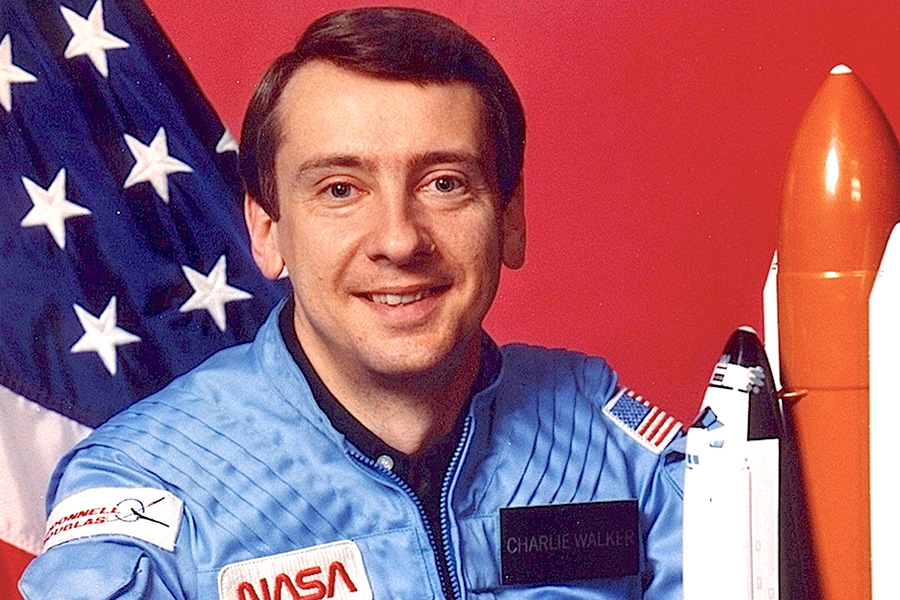