When most people think “rocket science,” they picture launching enormous rockets into space. Rocket scientists study for years and spend billions of dollars designing, building and launching spacecraft such as the Apollo Saturn V rocket, the Boeing Starliner or the SpaceX Falcon Heavy. But “rocket science” is also something that can be done at home or in the classroom with children as young as preschool. The basic principles are simple: for every action, there is an equal and opposite reaction, and it requires more force to launch a big rocket than a small one. This means that, if you use the right materials, you can launch your own rockets safely and inexpensively using items you probably have at home. 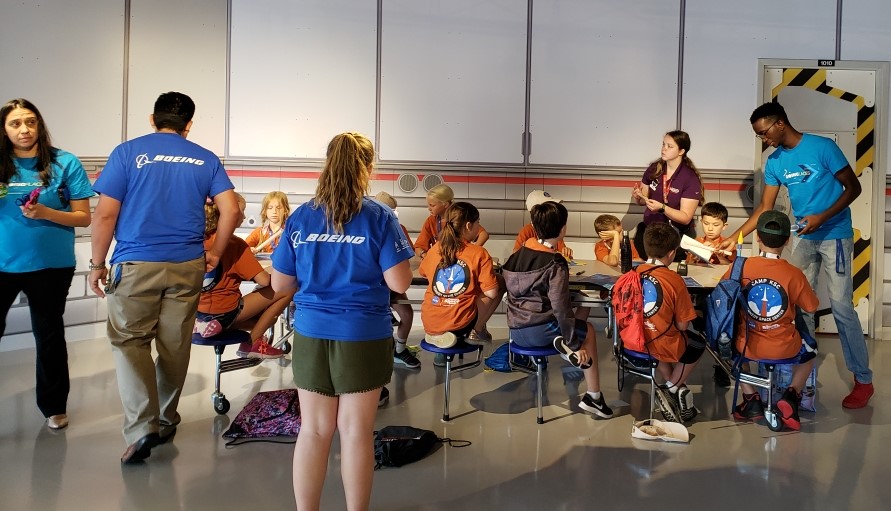 At Camp Kennedy Space Center® (Camp KSC®), one of our most popular activities is building and launching air rockets. Made of paper, these lightweight rockets don’t require much force to propel them and the fuel is simply the air we breathe. Campers learn how to design a rocket that is balanced for maximum performance, using a variety of nose cone and fin designs to create a rocket that will either travel a distance, hit a target or perform intricate maneuvers – sometimes all three! 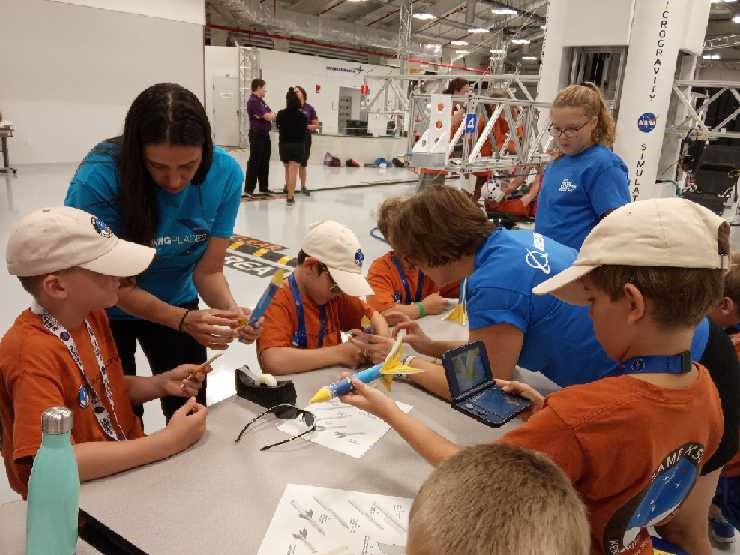 This year, volunteers from Boeing visited our campers to give them an insider’s view of what it takes to be a rocket scientist. With our older campers, they got into the physics of rocketry and also spoke about the steps it takes to become an engineer. With our younger campers, they gave some hands-on instruction in building one specific type of air rocket, known as a “stomp” rocket because of the launch procedure (see video below). Campers tested their rockets several times to see if they were strong enough to withstand both launch and landing, and to learn which design elements caused the rockets to travel highest on a straight trajectory. The campers had fun as rocket scientists for a day, and many were inspired to consider a career in spacecraft engineering.

Learn how to make your own stomp rocket instructions on NASA.gov. Camp KSC® is a weeklong day camp experience with lifelong impact, launching kids into a galaxy of fun and learning! Kennedy Space Center, NASA's launch headquarters, specializes in STEM learning at its best, offering a week full of hands-on science, technology, engineering and math activities for students ages 7 through 16. Keep an eye out for next year’s Camp KSC reservations.

Please note that all campers in the photos and video have signed photo releases from their parents on file.