Besides launching rockets, Kennedy Space Center is filled with beautiful, diverse natural habitats. At the beginning of the space program in 1962, NASA purchased 140,000 acres, establishing it as the Launch Operations Center (LOC). In November of 1963, it was renamed to the John F. Kennedy Space Center, after the late U.S. president.

After building launch pads and facilities, a large amount of land remained untouched. In 1963, the U.S. Fish and Wildlife Service established the Merritt Island National Wildlife Refuge (NWR). Today, it focuses on protecting the 1,500 species of plants and animals within the refuge.

The Merritt Island NWR contains wide variety of species due to the several habitats scattered across the refuge. Habitats such as coastal dunes, saltwater marshes, freshwater impoundments, scrub, pine flatwoods and hardwood hammocks provide a haven for native animals, migratory birds and numerous plants to flourish.

Bobcats, otters, turtles, alligators and 358 species of birds are only a few of the animals residing in the refuge. The large variety of birds make it a popular bird-watching location, and visitors are welcome to explore designated areas. The refuge also protects the highest number of endangered species, including the Florida scrub-jay, the gopher tortoise and the West Indian manatee, nicknamed the sea cow. 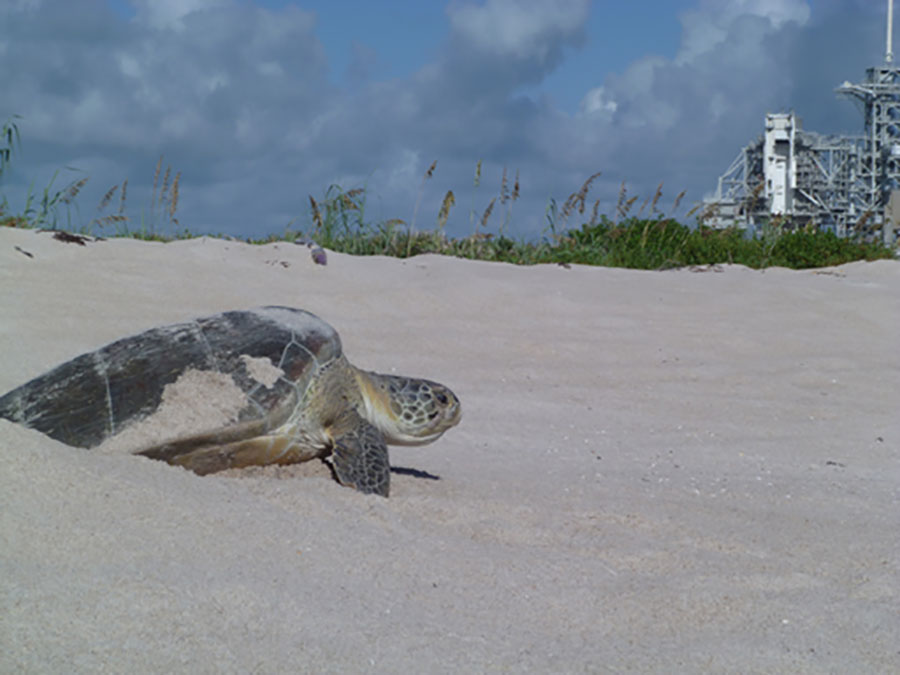 One of the most popular birds is the bald eagle, who has an average lifespan of 20 years. They migrate here every fall through spring, arriving around the third week of August. There are several eagle nests throughout Kennedy Space Center, and the most well-known can be seen during the Kennedy Space Center Bus Tour. The nest is large enough to fit a king-sized bed with a diameter of 7 feet/ 2.1 meters! 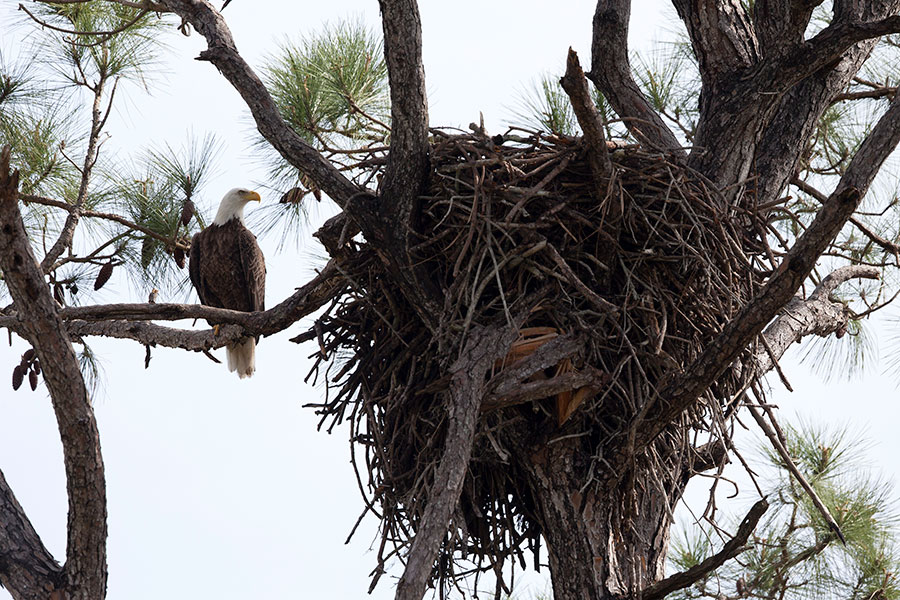 NASA’s efforts to explore the universe have also increased our knowledge about Earth, and protecting our fragile ecosystem. The Merritt Island NWR is one example of conservation and proof that nature and technology can coexist.

One conservation method uses fire. Local fire specialists perform prescribed and controlled burns, and manage any wildfires as they occur. This reduces the chances of a catastrophic wildfire by managing weeds and growth that could catch fire and spread rapidly. It also restores habitats for endangered species. The safety of the Kennedy Space Center facilities and refuge as a whole is a vital part of these burns. Some factors affecting the decision are wind speed, humidity and weather.

Another part of conservation is removing invasive plants in order to protect the plants and animals native to this region. A few examples of these are the melaleuca plant, Chinese tallow tree or the Japanese climbing fern. The history and development of the Merritt Island National Wildlife Refuge is part of what makes Kennedy Space Center a unique place. On the Kennedy Space Center Bus Tour, you can see how this expansive refuge coexists with NASA’s launch facilities and operations. You might even spot an alligator or two on the journey!