Join Kennedy Space Center Visitor Complex as we celebrate the 50th anniversary of NASA’s Apollo Program. This year, the commemoration continues with giveaways on all milestone Apollo launch dates. Plus, the Apollo/Saturn V Center has been transformed with new and redesigned exhibits to bring this era of space exploration to life. There is no better place to honor Apollo’s 50th anniversary than from where each mission left Earth.

The Apollo/Saturn V Center has undergone changes in honor of the Apollo 50th anniversary! The updates include a new Moon Tree Garden, new interactives celebrating the Apollo missions, a life-size Moonscape and more.

Read the amazing stories of the Apollo program launches on the Payload Blog, including video interviews from Apollo astronauts and experts in the Featured Flashback vlog series. Learn more about the new Apollo artifacts, interactives and Moon Tree Garden at the Apollo/Saturn V Center. 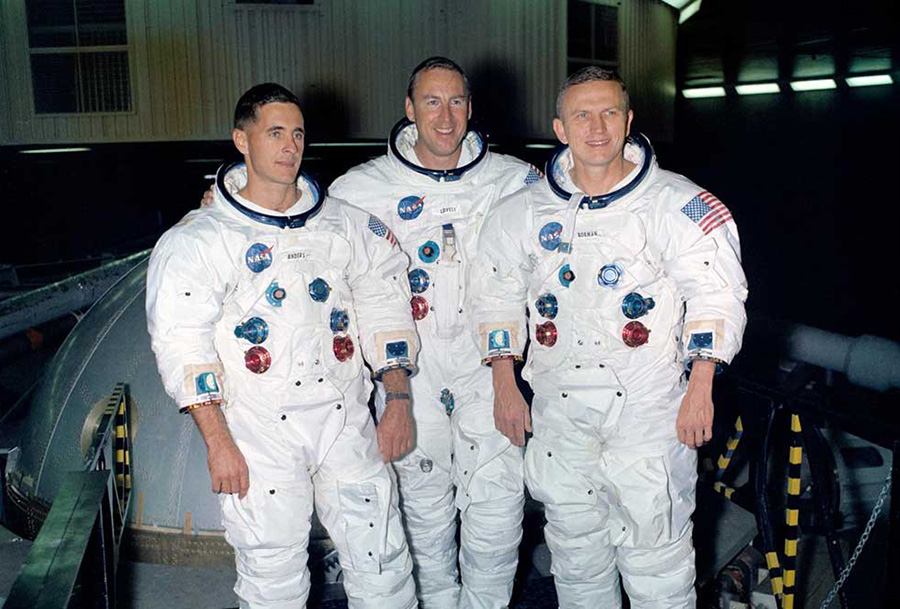 The Orbit of Apollo 8

The crew of Apollo 8 was the first to see the other side of the Moon. Learn more about this iconic mission for the 50th anniversary of its launch from Kennedy Space Center. 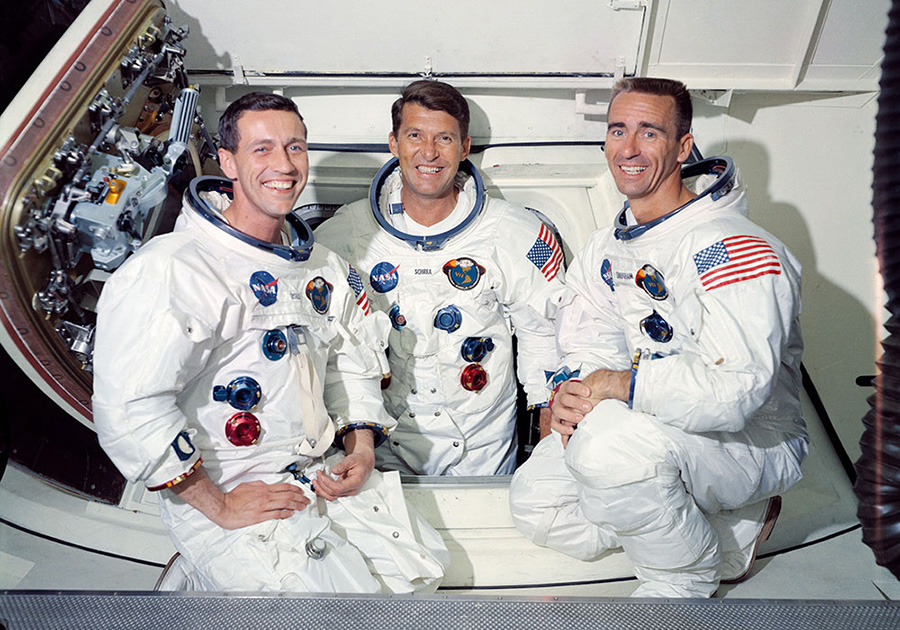 Apollo 7 was a mission of firsts from being the first crewed Apollo mission to the first TV broadcast in space. 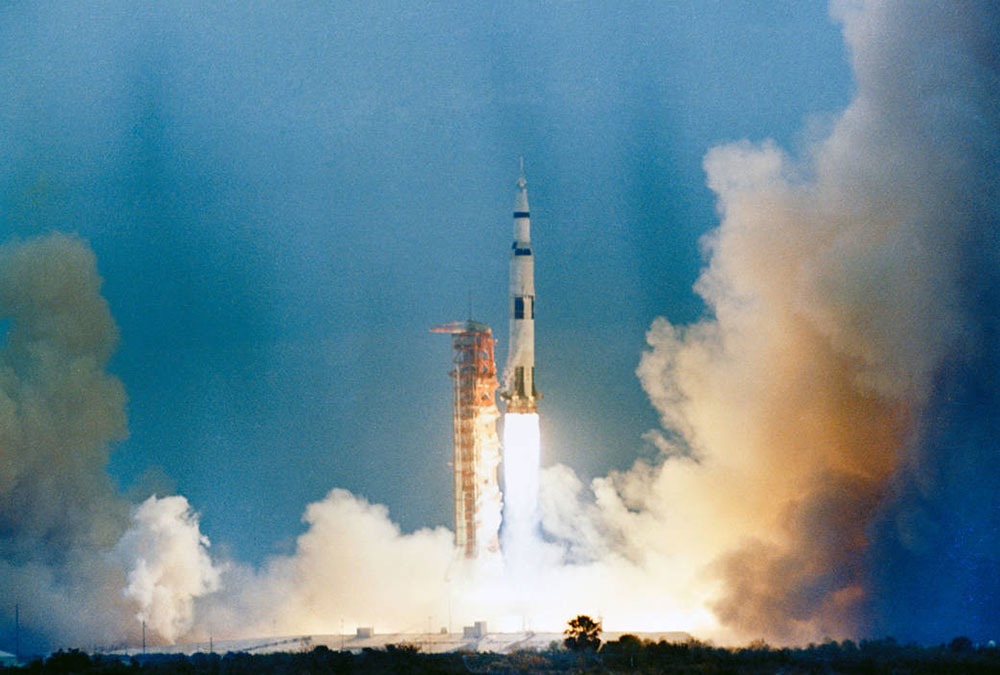 50 years ago, Apollo 9 tested the lunar module, Spider, for the first time. See why this mission was so important to landing on the Moon. 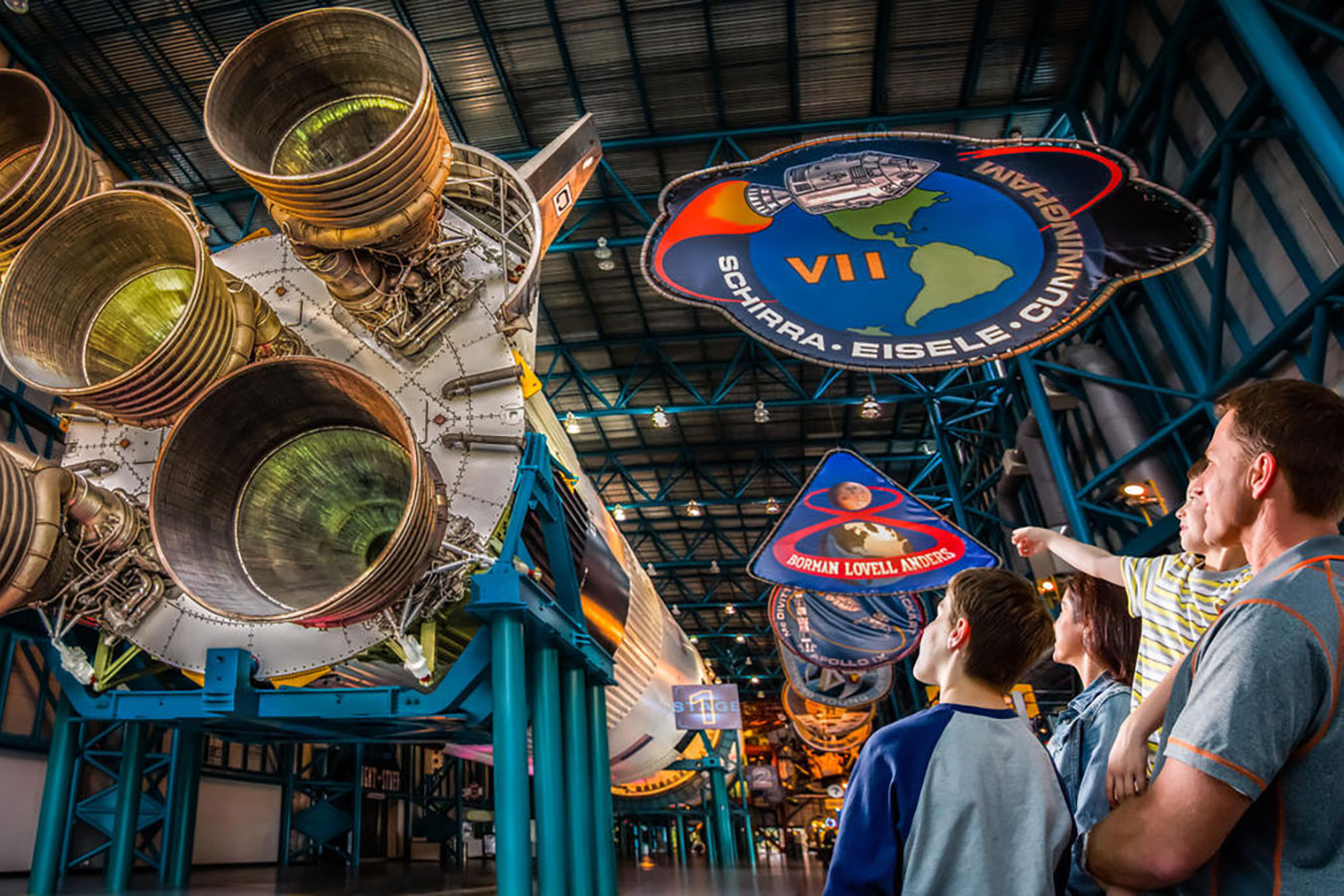 Every man who stepped foot on the Moon launched from Kennedy Space Center atop a Saturn V rocket. Learn about the power of this rocket. 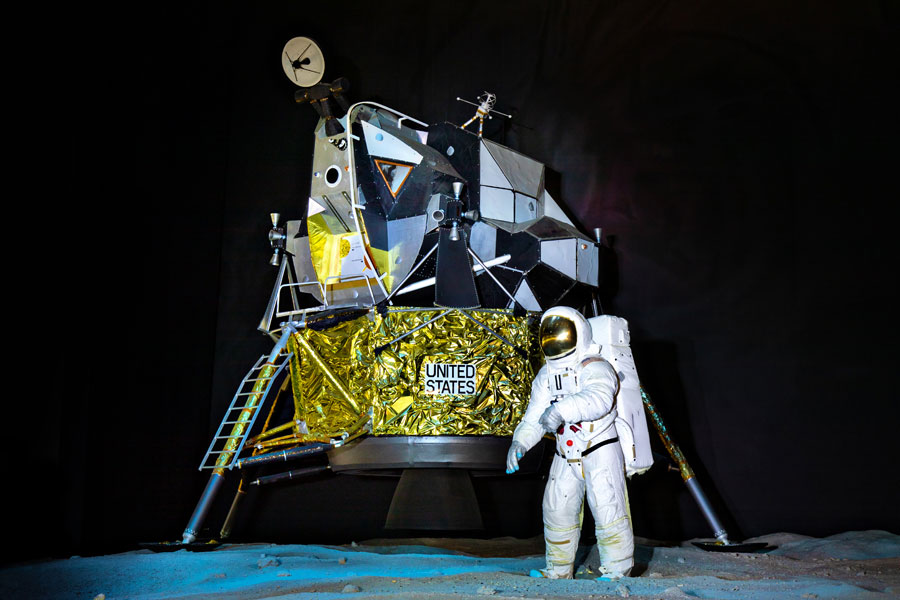 Relive the final few minutes leading up to the first words ever spoken from the surface of the moon, “…the Eagle has landed.” 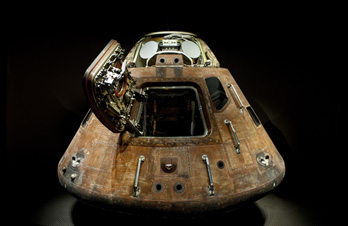 View an actual Apollo spacecraft and legendary artifacts in a display so immersive you can actually see the moon dust on Alan Shepard's spacesuit. 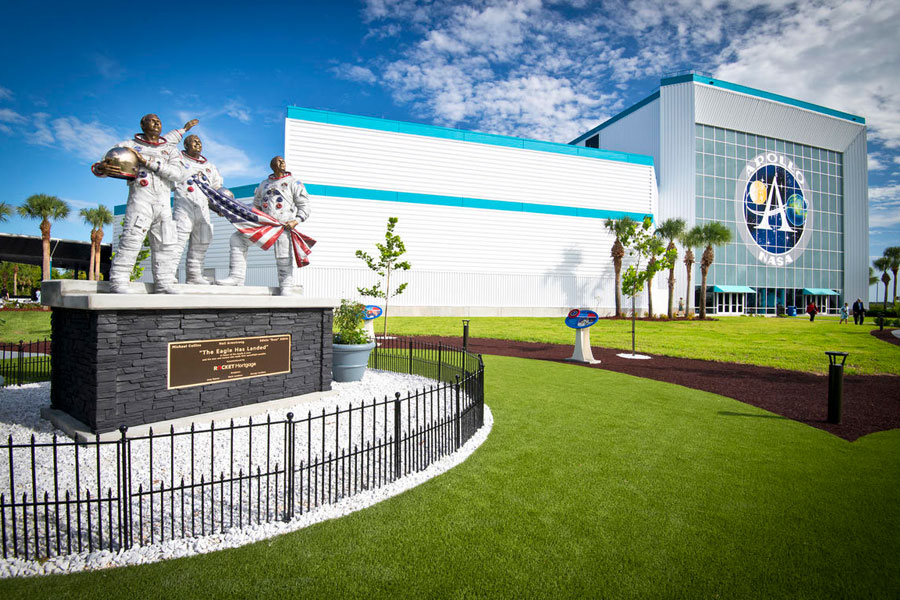 Relax and reflect in the Moon Tree Garden. See trees that are direct descendants of seeds that were taken to the Moon, and stand in awe of the one-of-a-kind bronze statue of Apollo 11 astronauts. 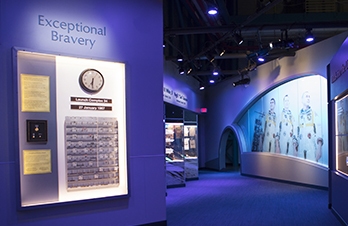 The Apollo 1 Tribute is dedicated to the lives, accomplishments and memories of Gus Grissom, Ed White and Roger Chaffee, the three astronauts who perished while training for the flight of Apollo 1. 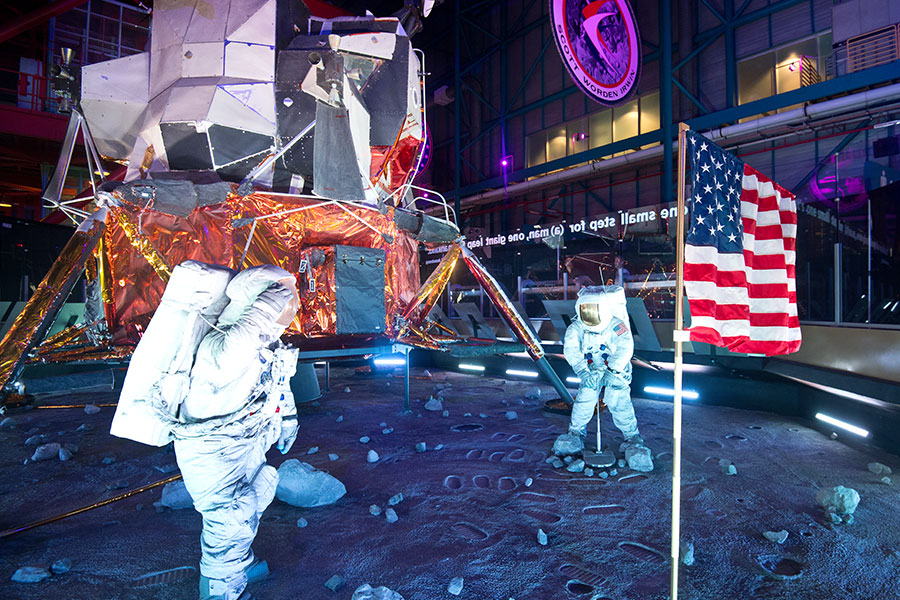 See the real Lunar Module 9 with a life-sized scene from the Apollo 11 Moon landing. Gain a better understanding of this vehicle and how to land it on foreign terrain.

Presented and Sponsored by:

Merrill A Bank of America Company