The Rocket Garden is one of Kennedy Space Center Visitor Complex’s most photographed attractions throughout our history, crafting our skyline for decades. While the visitor complex has grown exponentially over the years, the Rocket Garden has remained recognizable since it was first erected. When you tour among these giants, you are walking among incredible, authentic machines that pioneered America’s space exploration. Most of the rockets you see today are real, though never flown in space. Remember: in the early days of America’s space program, we did not reuse or retrieve rockets once they launched.

Spend the day at the visitor complex and you are sure to be drawn to these giants. Below, take a closer look at the rockets you can see with daily admission, and each of the vehicles’ most notable missions and programs. 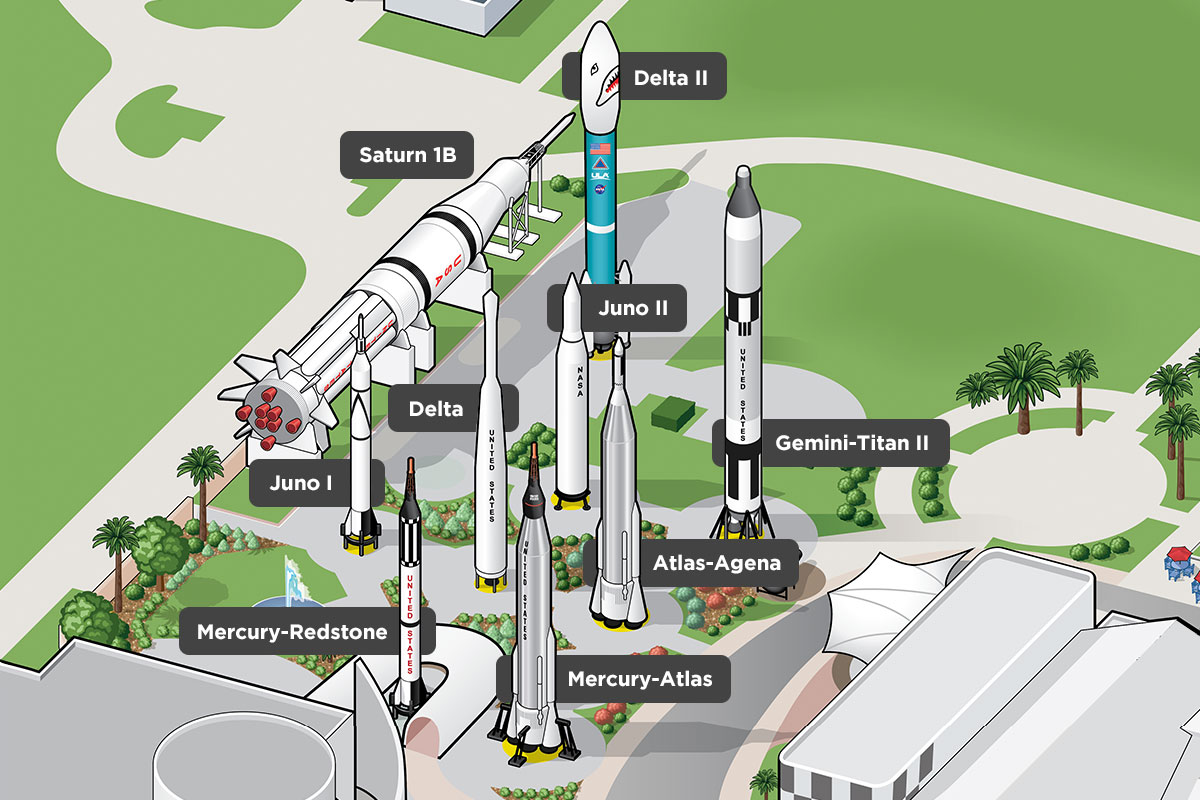 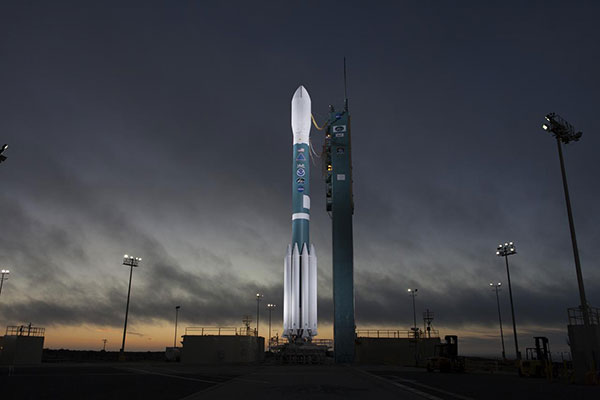 For the first time since the early 2000s, the Rocket Garden is growing! Kennedy Space Center Visitor Complex is excited for the addition of United Launch Alliance’s Delta II rocket. Although the Delta II has been in service for almost 30 years, this rocket is the first modern-era vehicle to join the Rocket Garden’s collection from the Mercury, Gemini and Apollo Programs.

Height: 128 feet/ 39 meters
Thrust: 1,084,200 pounds/4,822,762 newtons
Notable Missions: A Delta II rocket launched NASA’s Mars rovers Spirit and Opportunity and the Phoenix Mars lander. It also launched many GPS missions for the United States Air Force. With more than 150 launches in its history, this is only a snapshot of the successes the rocket has enabled. 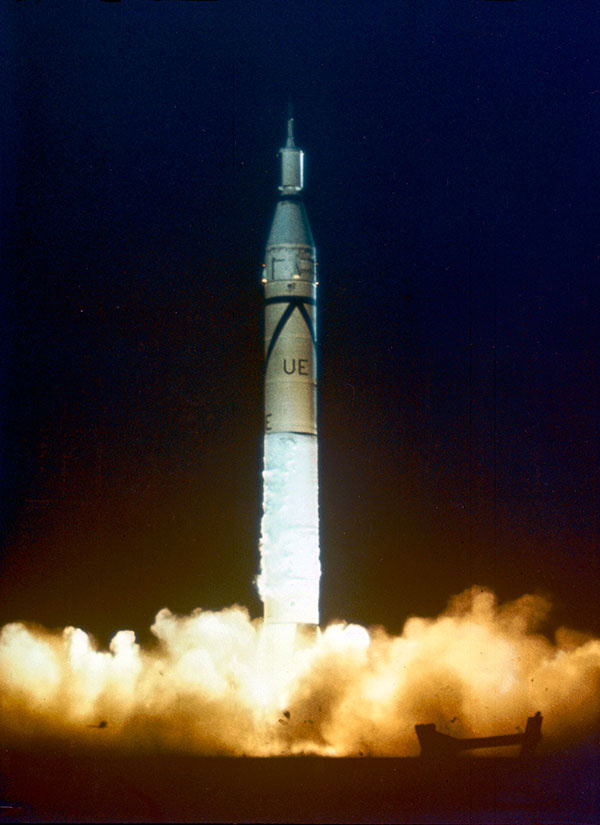 Height: 71.25 feet/21.7 meters
Thrust: 83,000 pounds/369,202 newtons*
Notable Missions: On January 31, 1958, the Juno I rocket launched Explorer I, America’s first satellite, into orbit. Explorer I transmitted data for four months until May 23 and the National Aeronautics Space Administration (NASA) was established on October 1 later that year. 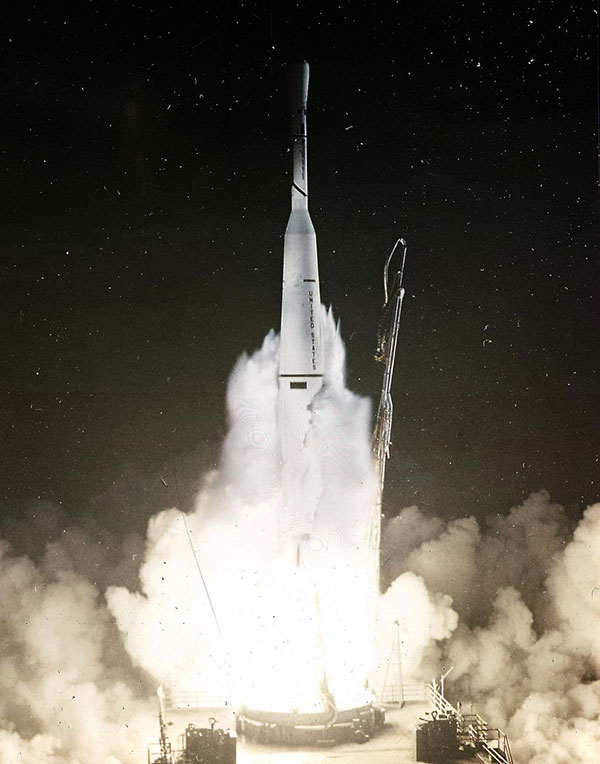 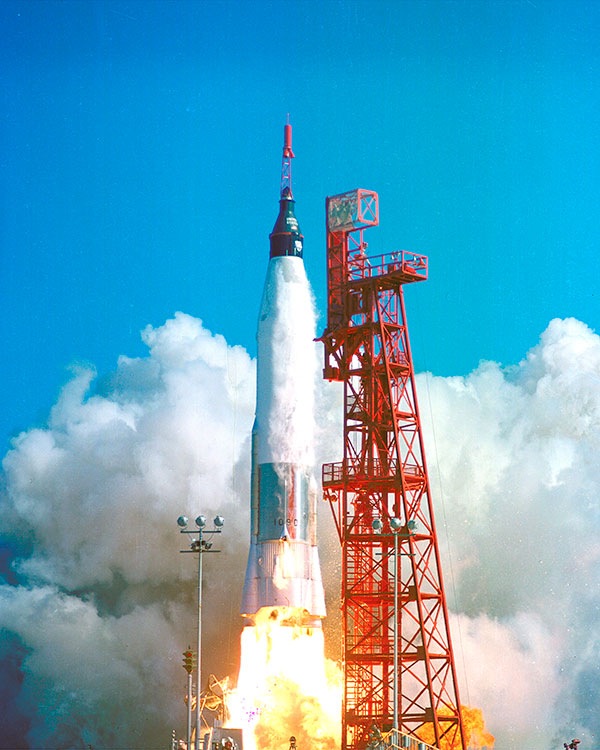 Height: 95 feet/29 meters
Thrust: 360,000 pounds/1,601,280 newtons
Notable Missions: John Glenn, inside his Friendship 7 spacecraft, launched aboard a Mercury-Atlas rocket on February 20, 1962, making him the first American to orbit the Earth. Glenn also showed humans could work in a microgravity environment.

Height: 105.3 feet/ 32.1 meters
Thrust: 366,213 pounds/1,628,997 newtons
Notable Missions: During the 8 missions of the Ranger program, the Atlas-Agena launched missions that collected more than 11,000 detailed images of the Moon, including close-ups of where Apollo 11 would eventually land on the lunar surface. 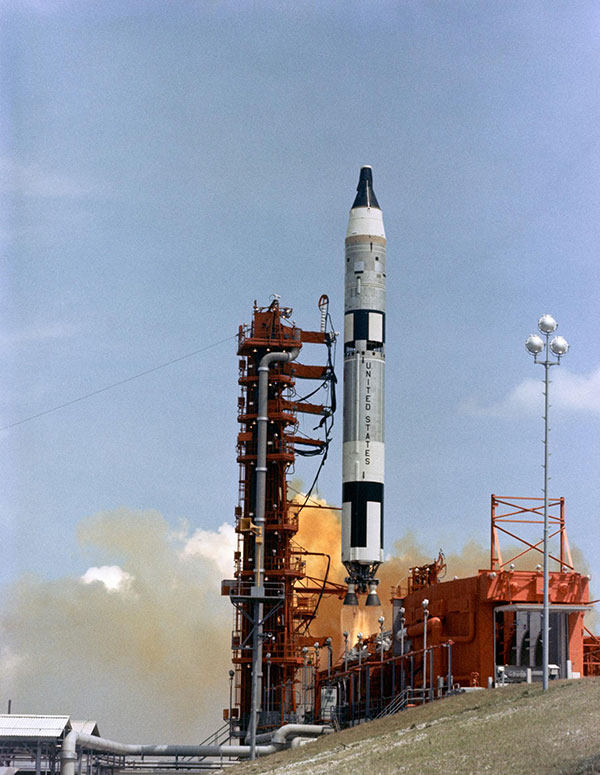 Height: 108 feet/32.9 meters
Thrust: 430,000 pounds/1,912,640 newtons
Notable Missions: The Titan II was an Intercontinental Ballistic Missile that was designed to deliver nuclear weapons across the ocean. While it was never used for such military actions, its reliability made it the logical choice to launch Gemini missions in 1965 and 1966. Hear how astronaut Tom Jones was inspired by this early rocket . 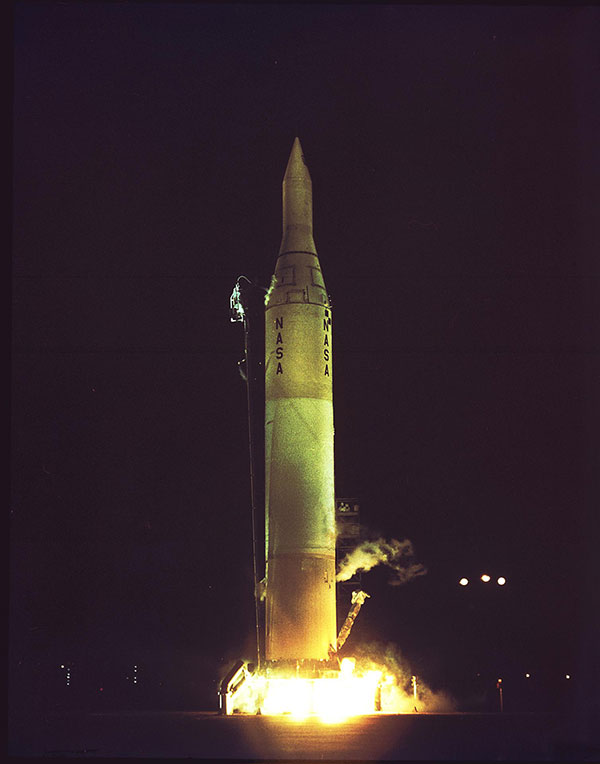 Height: 76.7 feet/23.4 meters
Thrust: 150,000 pounds/667,233 newtons
Notable Missions: Pioneer IV was the last mission on a Juno II rocket. Before the Apollo Program, it was sent toward the Moon in 1959 to capture images. While it flew too far away from the Moon, it did capture data on space objects and radiation. Its research also paved the way for the 33 uncrewed American missions to the Moon, which were carried by more powerful rockets. 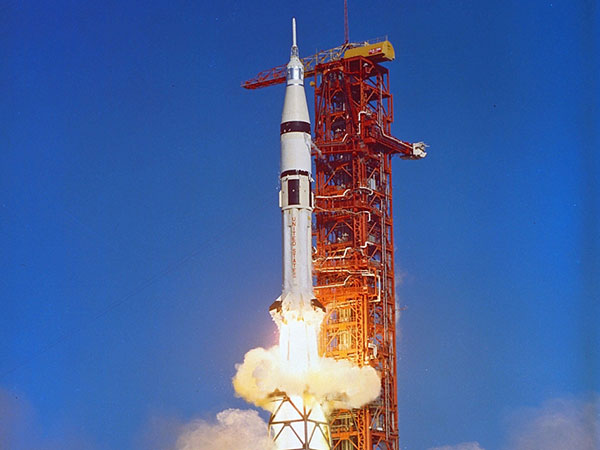 This rocket is the last remaining intact and flight-configured Saturn 1B left in existence!

Height: 223 feet/68 meters
Thrust: 1,600,000 pounds/7,116,800 newtons
Notable Missions: The Saturn IB launched Apollo 7, the first crewed mission of the Apollo Program. It also tested early hardware for the Apollo missions, before the Saturn V rocket was available. After the Apollo Program in 1973, this type of rocket launched three missions to the Skylab space station.

*What is a newton? A measurement in “newtons” is in reference to Sir Isaac Newton’s three laws of motion. Learn how it applies to aerospace engineering and rocket thrust.