Before humans walked on the Moon or lived on a space station for months at a time, brave space pioneers paved the way into the unknown and inspired a nation. Kennedy Space Center Visitor Complex’s Heroes and Legends, featuring the U.S. Astronaut Hall of Fame® presented by Boeing, tells the story of these heroes using personal stories and authentic artifacts from NASA’s early space programs.

Heroes and Legends is located near the entrance with a sweeping design, representing the movement and jet stream of a military plane. On the side of the building, the Mercury 7 astronauts are carved in beautiful detail on a 30-by-40-foot bas-relief sculpture. A ramp winds towards the entrance of the exhibit and curves around a Mercury-Redstone rocket, one of the few human-rated ones left from the early space program. You’ll start the journey in the 360-degree discovery bay, What is a Hero?, exploring how society defines heroism and hearing from astronauts, engineers and people of all ages and backgrounds about the qualities in a hero and who the heroes are in their lives.

Following this, enter the stunning custom-built theater, Through the Eyes of a Hero, featuring a multisensory 4D experience, where you’ll begin an intimate journey with four space-age heroes – Alan Shepard, Neil Armstrong, John Glenn and James Lovell – and relive the excitement and dangers of the first crewed space program missions. Beautiful choreographed lighting and special effects enhanced by resonant surround sound and imagery fully immerse you in this seven-and-a-half-minute show. 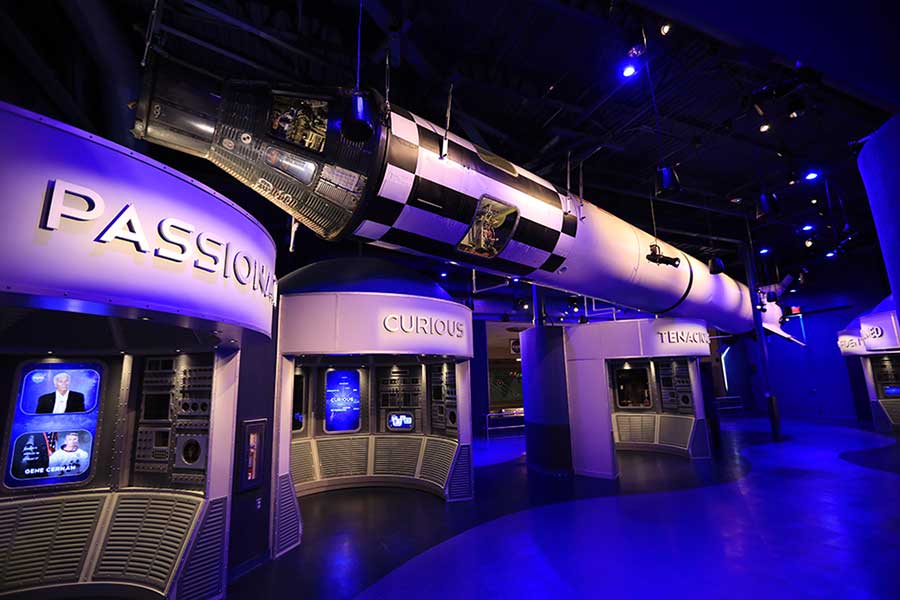 Each module explores these attributes with stories from NASA astronauts and their memorabilia. Their stories are enhanced with real artifacts from NASA’s space program, including a Gemini IX capsule featuring a realistic projection of astronaut Gene Cernan conducting a dramatic spacewalk. Other authentic artifacts bring the period to life, including the original Mercury Mission Control room consoles, Sigma 7 Mercury spacecraft atop a Mercury-Redstone rocket suspended overheard and Gus Grissom’s spacesuit. 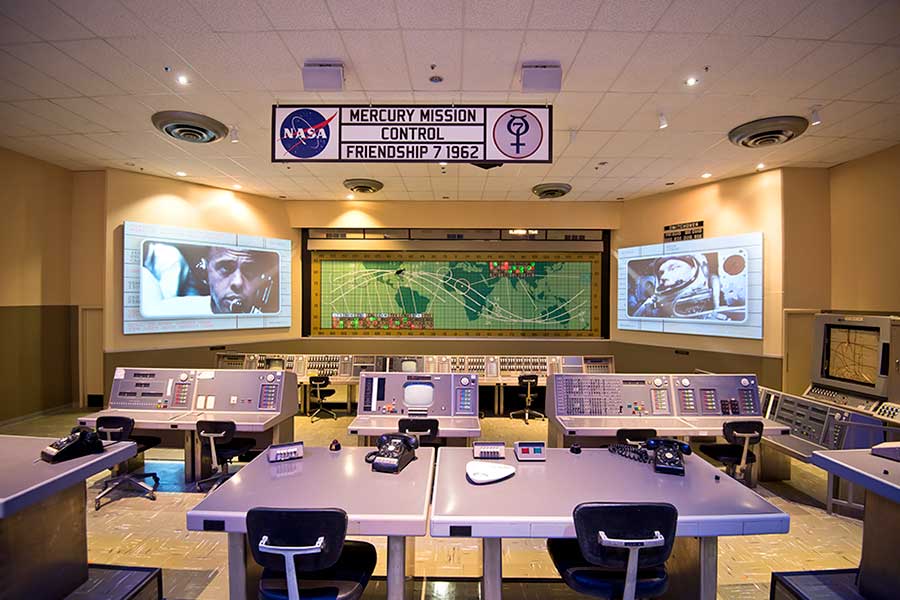 With a deeper understanding of what it means to be a hero, you’ll enter the U.S. Astronaut Hall of Fame located in a majestic rotunda. Inside this exhibit, you can learn more about each of the astronaut inductees using state-of-the-art interactive technology. A special interactive kiosk allows you to capture a photograph with one of the Mercury 7 astronauts! In the center of the room is “Spirit of Space,” a bronze statue depicting the first American in space, Alan Shepard. 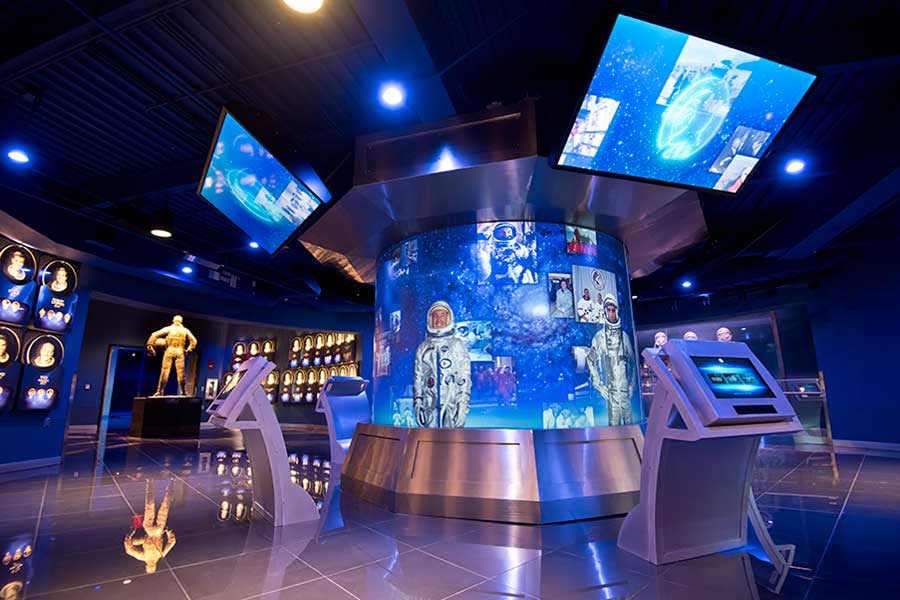